The West Ham board have been told to get David Moyes and his coaching assistants tie down to new contracts.

Speaking exclusively to Football Insider, ex-Arsenal and Everton striker hailed the Scot for making the Londoners far tougher to beat since arriving for his second spell at the helm.

Moyes helped keep West Ham up last season after being appointed in December 2019 on an initial 18-month contract, and the club have made a steady start to the new campaign.

That deal is due to expire next summer and a Hammers source has told Football Insider that owners David Sullivan and David Gold are planning to offer Moyes a new contract.

Sullivan is said to have vowed that Moyes has proved he is worthy of getting a longer term deal than his initial short-term one 11 months ago.

“I remember speaking to some West Ham pals and they said they didn’t see themselves getting any points because they’re going on the names of the teams. 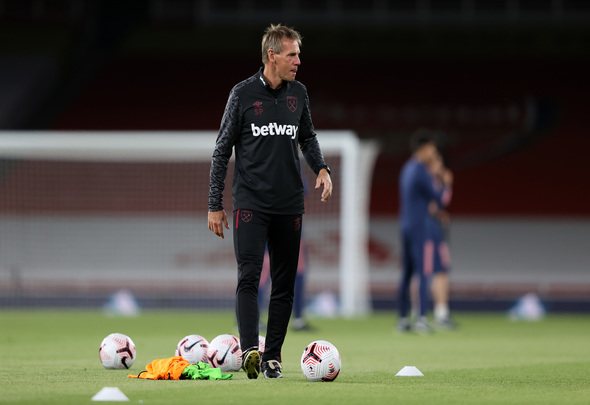 “One thing that David Moyes has brought to West Ham is they compete. It might go the
opposite way but they compete and they’ve had some great results.

“They’re defending properly which is what every West Ham fans need in their life – a
defence that actually defends properly. That used to be their achilles heel, now it’s a strength.

“With David Moyes, I think they’ll get the job done, they’ll get him signed up I believe.

“Unless they’ve got some other person who is going to make a difference. Moyes, Alan Irvine and Stuart Pearce they’ve done a really good job at West Ham. Get them signed up.”

West Ham are 12th in the Premier League after eight matches of the season.

Moyes’ side have been noticeably more solid in the new campaign, conceding 10 goals so far in the league, which is only one more than the lowest in the division.