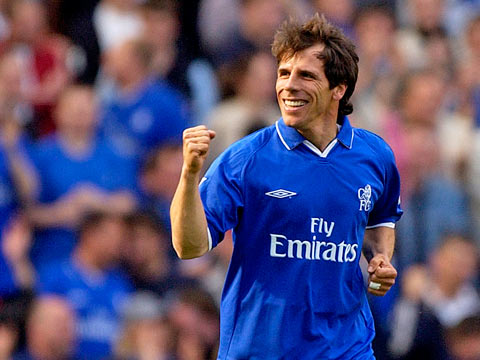 Gianfranco Zola believes Chelsea have an advantage going into their Premier League clash against Tottenham at Stamford Bridge on Saturday.

The Blues legend warned his former club on the dangers of Tottenham’s side but believes the fact Chelsea are at home is a big advantage and hopes they can carry on their bright form.

“Tottenham can cause problems because you’re talking about a team who finished third and this year are still unbeaten,” Zola told TalkSPORT, as quoted by the Daily Star.

“Chelsea start in advantage because of their form and they are at home. I am hoping. I really hope they [Chelsea] can [win.]”

Chelsea moved to the top of the table with a 1-0 victory against Middlesbrough last Sunday as Liverpool were held to a frustrating 0-0 draw against Southampton at St Marys the day before.

Tottenham still remain the only team unbeaten in English football and travel to Stamford Bridge on the back of a dramatic 3-2 victory against West Ham.

It is Spurs’ third successive London derby and they have picked up four points from their games against West Ham and Arsenal and will be hoping to maintain that run with at least a point against Chelsea.

Harry Kane has now scored three goals in his last two Premier League starts but Diego Costa became the first player in the 2016-17 season to record 10 league goals with his strike against Middlesbrough.

The duo are both expected to start, though Tottenham will be without the suspended Danny Rose and Toby Alderweireld is once again likely to be sidelined through injury. Chelsea are expected to name an unchanged side.

In other Chelsea news, this is the best combined XI between Tottenham and Chelsea stars in the Premier League era.