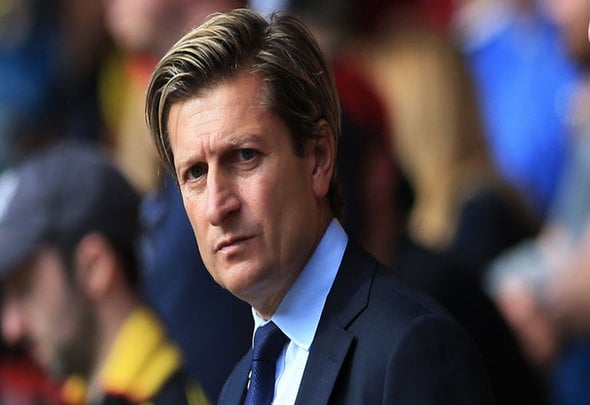 Crystal Palace chairman Steve Parish is currently ruing missing out on Everton striker Oumar Niasse at the eleventh hour of the summer window.

The Daily Mail claimed that the 27-year-old went as far as to travel down to London on Thursday night after the Eagles agreed a fee of £7million with the Toffees and that a deal sheet was even submitted, allowing Palace an extra two hours to work on the transfer beyond the 11pm deadline.

However, it is said that a disagreement over the Senegal international’s agent fee meant that a deal collapsed.

Outspoken chairman Parish confirmed that the deal had fallen through and told that it’s a shame as Niasse was a player who the club saw as fitting into well at Palace.

“know we had one deal fall through from Everton. (It didn’t happen) for various reasons I don’t want to go in to really, it was a difficult one for lots of different reasons,” said Parish, as quoted by the Coydon Advertiser.

“It was a shame as he is a player we really liked, he’s very Palace and could have given us something special.

“But it wasn’t meant to be, we’ll soldier on and we got the main target we wanted (Mamadou Sakho).”

Niasse is currently well out of favour at Everton and hasn’t played for the club since Ronald Koeman took charge from Roberto Martinez.

The eight-time capped Senegal international did spend the second half of the last campaign on loan in the Premier League with eventual relegated side Hull, where he returned just five goals in 19 outings and the Tigers decided not to make a move a permanent one.

Now, it looks as though the £13.5million signing will be spending his time at Goodison Park until January at the very least with three years still remaining on his contract.

In other Everton transfer news, the Toffees have sealed an out of window enforcer signing from a London club.

Agbonlahor: Everton tipped to sign Jan replacement for attacker who hasn’t ‘got the legs’