Danny Mills has warned out-of-favour Tottenham star Dele Alli “going up against Jose Mourinho is never a good idea” after his Instagram post following their 1-1 draw with Fulham on Wednesday night.

Speaking exclusively to Football Insider, the former England and Manchester City defender suggested Dele needs to put more work in on the training ground if he is to work his way back into Mourinho’s plans.

The 24-year-old was an unused substitute in north London as strugglers Fulham earned a hard-fought point against Spurs. 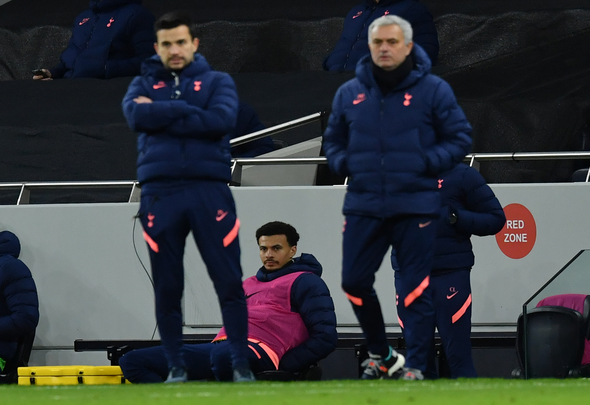 He took to Instagram just half-an-hour after the game to post a picture to his story of himself looking unimpressed following Mourinho’s latest snub.

Asked by Football Insider whether this could spell the end for the England international at Tottenham, Mills said: “Going up against Mourinho is never a good idea.

“The only way you can turn it around is putting in the performances on the training ground and on the pitch.

“Mourinho is not stupid, he’s not daft, if you’re performing better than other players he’s not going to leave you out of that team. He’s not that stubborn, where he’s going to cut his nose off to spite his face.

“Look at what we’ve seen with Tanguy Ndombele. We thought he was dead and buried and probably had no future at Tottenham but he’s clearly worked hard, done what he has to do and he’s got himself back into the frame and into the squad and playing regularly. That’s all Dele Alli can do.

“One person picks the team, whether you like it or not you have to do what that manager wants and if you don’t you’re not going to play.

In other news, Football Insider understands a rising Tottenham star is set to join a new club on a permanent deal.