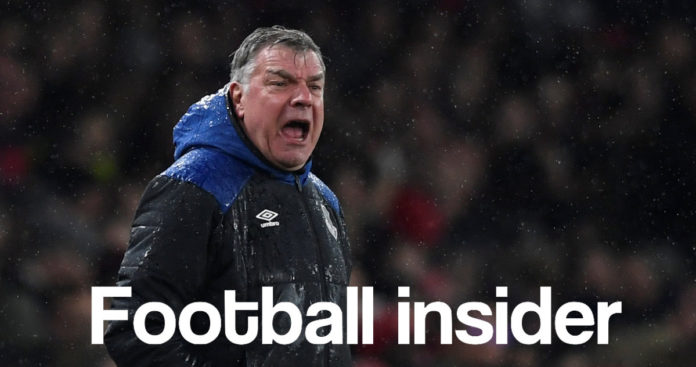 Everton manager Sam Allardyce has launched a blistering attack on the tactics of Newcastle United after seeing his side overcome the Magpies 1-0 at Goodison Park on Monday night.

The Toffees picked up all three points over an in form Newcastle side thanks to Theo Walcott’s second half strike, a result which pushes them four points ahead of Rafael Benitez and his men.

In a game where goal scoring opportunities were few and far between, Allardyce insisted his side were all over the visitors and that his men were the only ones who would be securing victory, lashing out at the way his former side set themselves up.

“We completely dominated the game, outpassed the opposition and found it very difficult to break them down because of their negative tactics of dropping ten players in their own half.

“Apart from the last 10 minutes, we dominated the game and for me there was only ever going to be one winner.”

Defeat means Newcastle’s four match winning streak has come to an end, while the Toffees are only the second side to complete a double over them, joining Manchester City on the short list.

Allardyce must have been watching another game at Goodison Park if he truly believes his side dominated, for it was a pretty even encounter with both sides battling it out to little effect. Goal scoring opportunities were at a real premium and neither goalkeeper was properly tested, although both sides were guilty of spurning what few chances they had. It is not the first time Benitez has been called out about his tactics but considering his side sit in 10th after promotion and little spend in the transfer window, so what if he chooses to play defensive football? It is not exactly something Allardyce has not done in the past, and it is a bit of a case of the pot calling the kettle black.

In other Everton news, Farhad Moshiri is set to rip up the mega-money contract of Goodison senior ace who is deeply unpopular with fans.