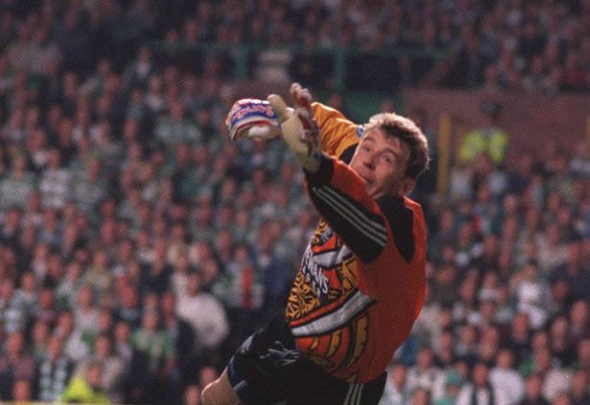 Andy Goram believes that Rangers have made a good start to the summer by signing goalkeeper Allan McGregor, but insists he needs to bring in better defenders in front of him.

And Goram has one name that he thinks would fit the bill perfectly at Ibrox – former West Ham enforcer James Collins.

Collins, whose contract was set to expire at the end of June, was released by West Ham and will be a free agent.

And Goram thinks that he would be the perfect addition to Gerrard’s new-look Rangers side.

Talking in the Scottish Sun, Goram said, “Gerrard wouldn’t have come to the club unless he’d been promised a lot of money to get players in — though he might also need a lot to get players out as well.

“But my dad always used to say you’re only as good as what’s in front of you and that’s right.

“If Allan had played in the Rangers team last season he’d have lost goals because we couldn’t defend.

“If someone like James Collins came — a dominant centre-half — and a good, hard-tackling boy in midfield, we’ll be all right.”

Collins, 34, would be a cracking addition to the Rangers side. Some fans think he’s too slow to do a good job but we’d disagree. When he’s played for West Ham he’s shown that he’s still got the power and the knowledge of the game to marshal most Premier League strikers. He’s big, good in the air and would definitely bring a new sense of calm to the Rangers backline. You’re not going to want to team him up with Bruno Alves, but he’d bring experience to help bring Ross McCrorie through. After being released by West Ham he’s also available for free, but the only stumbling block might be his wages. He’s currently on £35k-a-week and it would all depend on whether he gets another offer to play in the Premier League, which isn’t out of the question. If not, would he be willing to take a pay cut to hook up with Steven Gerrard? If he would, he’d be a great signing.