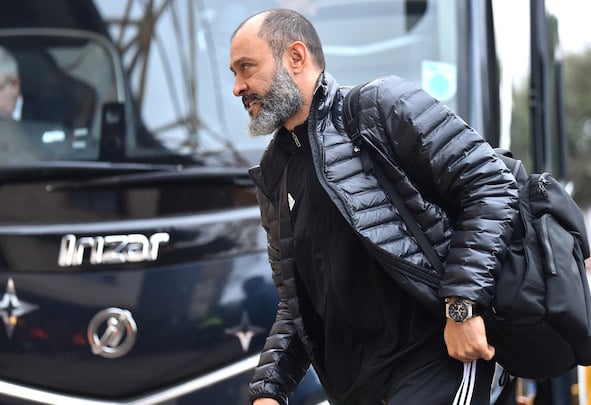 Darren Bent claims that Wolves “must have something up their sleeve” after the departure of Matt Doherty to Tottenham.

Tottenham confirmed the capture of the 28-year-old on Sunday after Football Insider revealed the two clubs had agreed terms of a deal which could potentially reach £16million.

📰 We are delighted to announce the signing of @mattdoherty20 from Wolverhampton Wanderers! #WelcomeDoherty ⚪️ #COYS

Bent claims that while speedster Adama Traore might be able to fill in as a wing-back at Wolves, the club must have something in the transfer pipeline to let one of their star men leave.

Bent told Football Insider: “They must have something up their sleeve, that’s what I do know.

“If they go to a wing-back system we know Adama Traore can play there, he has played there, but what I’m thinking is if they go to a flat back four, which they very rarely do, then I’m not quite sure.

“They’ve got to have something up their sleeve because he has been a top right-back for them, he’s had very, very good seasons and at some stage he’s going to have to go out there and replace him.”

Traore played a total of 54 times for Wolves last season, primarily as a right-sided winger in a 3-4-3 formation although he did fill in for Doherty on occasion.

The Republic of Ireland international made a total of 302 appearances during his time at Molineux, with 75 Premier League outings under his belt.

In other Wolves news, another big name has been tipped to follow Doherty out the Molineux exit door.