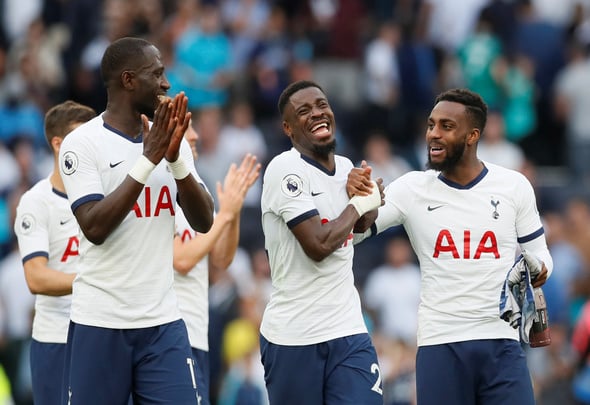 Darren Bent has been left raving over the performance of Tottenham’s Serge Aurier after returning to the side against Crystal Palace on Saturday.

Speaking exclusively to Football Insider assistant editor Russell Edge, the former Spurs and England striker says that the Ivorian international took his opportunity with both hands against the Eagles after being chosen to start ahead of Kyle Walker-Peters.

The young Englishman had been Mauricio Pochettino’s first-choice right-back for the opening games of the season but was left out of the matchday squad completely on Saturday, despite Spurs confirming he was back in training last week.

Bent says that he was highly impressed with what he saw from the former PSG star, insisting that his performance will have thrown down the gauntlet to Walker-Peters to up his game on his return.

Bent told Football Insider: “You’ve got to take your hat off to Serge Aurier because he played really well. He was integral to the own goal, he’s backed the faith shown by his manager by putting in a very, very good performance.

“When you’ve got people fighting for places, it’s good for team morale and mental toughness. I really like Walker-Peters, he’s done really well this season.

“Spurs will be delighted with that performance, people questioned their mentality after the Arsenal game but they’ve come back with flying colours.

Aurier looked to be on the fringes of the first-team prior to the international break, finding himself left out of two matchday squads and remaining an unused substitute for the other pair of games.

He has a total of 42 appearances under his belt for the Lilywhites, only 17 of those coming last season as he battled with Kieran Trippier for the right-back role.

In other Tottenham news, Football Insider can reveal that the north Londoners have set their sights on a trio of Leicester City talents.