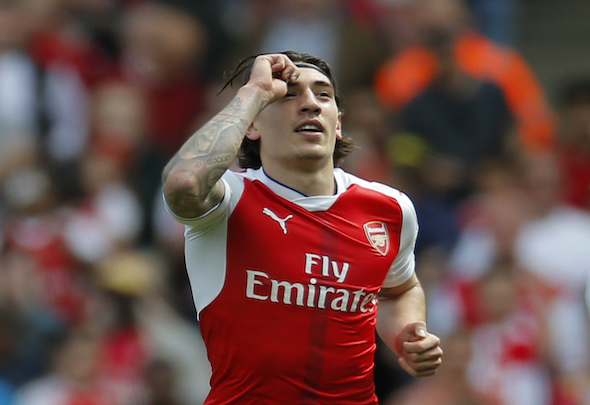 Arsenal defender and mainstay in the starting XI Hector Bellerin is on Juventus’ radar, according to a report.

The Guardian states that the Italian giants are keen on the 24-year-old who has grown disillusioned with life at the Emirates.

Bellerin extended his current deal in North London in November 2016 to keep him at the club until 2023 and increased his pay to £115,000-per-week.

It is said that it would take £45million for Arsenal to consider letting bellerin go after Juventus also made an enquiry about him in January.

The Gunners previously turned down the advances of Barcelona last summer, however, that will not stop the Old Lady who are confident of striking a deal with the Gunners star.

Just when Arsenal fans think things can’t possibly get any worse, it would seem that if there is any truth to this rumour, they just did. Bellerin has been one of the Gunners most consistent performers in recent seasons. However, during this campaign, he has frequently been caught in possession, out of position and has looked lost in a shockingly bad Arsenal rear guard. Having said that form is temporary and class is permanent so the Spaniard will surely improve. If Arsene Wenger is going to remain in charge at the Emirates he has to be very careful not to push the supporters away even more than he already has done and by selling the right-back, he would certainly be upsetting the Arsenal faithful. Bellerin may want to leave but he won’t be allowed the chance.

In other Arsenal transfer news, Gunners make contact with top-flight enforcer set to decide new club in the summer.