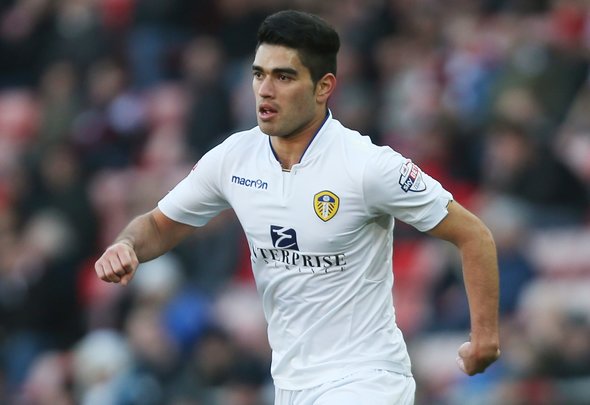 Paraguayan striker Brian Montenegro was a mysterious character during his time at Leeds, but where is he playing now?

The 23-year-old striker made six league and cup appearances for the Yorkshire giants during a disappointing loan spell after moving to Leeds from Paraguayan outfit Nacional Asuncion. Five of those six appearances came in the league, culminating in just 20 minutes of action.

A pacy striker, Montenegro showed glimpses of the type of dribbling ability that you normally associate with a South American.

But in the second tier of English football, technical ability is often marginalised by brute force and the striker quickly learned that.

Back with Asuncion, Montenegro has rediscovered his goalscoring touch. The versatile forward scored an impressive 25 goals in 39 games for the Paraguayan side, earning a two-year loan move to Argentinian giants Lanus.

The right-footed goal machine is yet to continue his impressive form for the Argentinian champions, despite scoring on his debut in the Copa Bicantenario against Racing Club. Eight games later, and Montenegro has failed to add to his solitary goal.

West Ham fans may remember Montenegro, after he made one FA Cup appearance in a loan move to the Hammers back in 2011.

If Montenegro can reignite the form that saw him catch the eye of scouts from both Elland Road and East London for Lanus, then a third attempt at European football could be on the cards.

In other Leeds news, fans have reacted on Twitter to this fixture change.