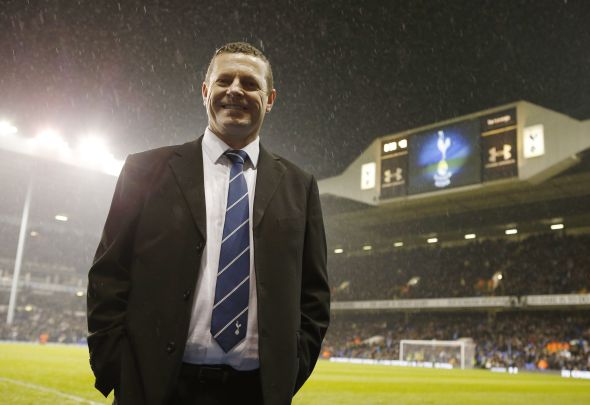 Micky Hazard has stated that he is “delighted” with Tottenham finishing in second place in the Premier League table this season.

Mauricio Pochettino’s side are on the verge of securing the runners-up spot, with leaders Chelsea just three points away from winning the title.

The Blues have to beat Tony Pulis’ West Brom at the Hawthorns on Friday night to confirm that they are champions of England.

Added to that, if Pochettino’s team then go on to beat Manchester United on Sunday afternoon at White Hart Lane then they will clinch second.

Another late surge for the Premier League title was not enough for the north London club as club legend Hazard explained how he feels about the club finishing as runners-up.

“It’s a process that doesn’t happen overnight,” Hazard replied to a fan about Spurs on his personal Twitter account. “I’m delighted and buzzing with the progress being made.”

It's a process that doesn't happen overnight, I'm delighted and buzzing with the progress being made COYSSSS

In truth, Spurs only need one more point to claim the runners-up spot as they have a much better goal difference than their rivals.

For the second consecutive season, Pochettino is on the verge of helping Tottenham secure back-to-back places in the Champions League.

On Sunday afternoon, they will play their final match at White Hart Lane against Manchester United before they move into Wembley next term.

The home of football will be their temporary home before they move into their new stadium during the 2018/19 season.

Spurs have won only won one out of their five encounters at Wembley during this campaign, with their most recent defeat coming during an FA Cup semi-final clash against Chelsea.

In other Tottenham news, Darren Anderton has stated what current players think of Spurs’ current home.