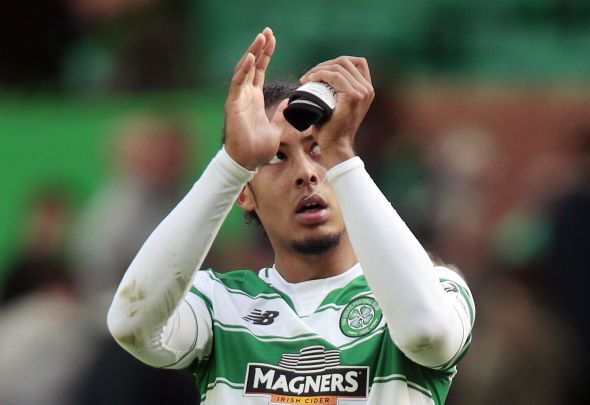 Former Celtic centre-back Virgil van Dijk has disclosed that he told his former club back in 2013 that they should have signed Liverpool left-back Andy Robertson.

The two men are now team-mates at Anfield and van Dijk revealed that he has always been impressed with the performances of the 24-year-old.

“Obviously when I came to Celtic, in my first season he played at Dundee United and I already thought he’s a very good player and I thought at that time he should join Celtic!” he revealed on the official Liverpool website.

“I think I said it to one of the scouting guys as well – sometimes I like to give my opinion on players.

Robertston has gone from strength to strength since leaving Dundee United, firstly at Hull City then at Anfield, and he recently played in the Champions League final against Real Madrid for the Reds and turned in a fine performance despite being on the losing side.

The footballing career of Andy Robertson will always look like the one that got away for Celtic. He was at the Hoops as a youngster, but never made the grade as he was considered too small. That has came back to haunt the Bhoys, as Robertson has went on to have a great career so far. Although to be fair, few would have expected him to go on to do as well as he has when he began his professional career at Queen’s Park. Despite missing out on Robertson, the Hoops have not really lost out in the left-back area, as Kieran Tierney has established himself in the Hoops first-team in recent years. Indeed, it could be argued that the Bhoys have got the better player out of the two, as Tierney is younger than Robertson and is already in a battle with him for the Scotland left-back slot. So whilst the Hoops will regret not signing Robertson, they have manager to cope without a player of his high standards.

In other Celtic news, Hoops fans are delighted at a transfer completed by the club