The former England international, speaking exclusively to Football Insider assistant editor Russell Edge, claimed that the 19-year-old “made a real difference” for Frank Lampard’s side and showed signs that he is back to his best.

The winger came off the bench to score Chelsea’s second as the Blues recovered from a three-goal deficit to draw 3-3 at the Hawthorns last night. 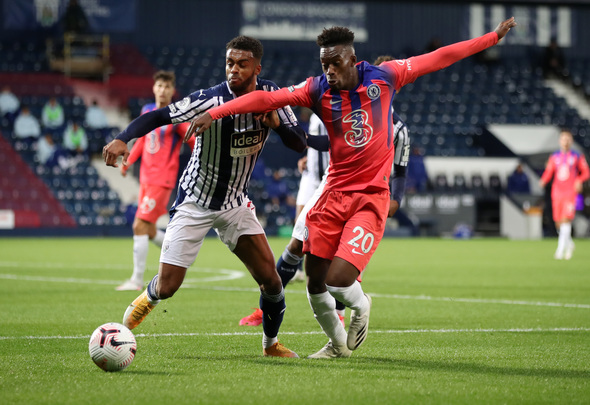 When asked by Football Insider if any players impressed in yesterday’s draw, Bent said:

“Hudson-Odoi was the big one. He was the player that made a real difference. He was really exciting and gave them a bit of impetus. When he got on the ball he made life really, really uncomfortable for West Brom. He played really, really well.

“That is the Hudson-Odoi that we want to see week in, week out. At times he has been brilliant, like when he was linked with Bayern Munich but then he went off the boil a bit. He is still trying to find his best form but if yesterday is anything to go by he is on his way back.

Speaking on Hudson-Odoi after the match, Lampard said: “Callum gave us everything that I wanted. He gets his goal from giving us something different and that’s what he needs to do because that’s the impact he can have for us.

“It has to be consistent but he’s given himself a great platform to continue in that vein because he’ll be very important for us if he does.”

In other Chelsea news, Phillips wants Villa to sign Blues midfielder on loan.