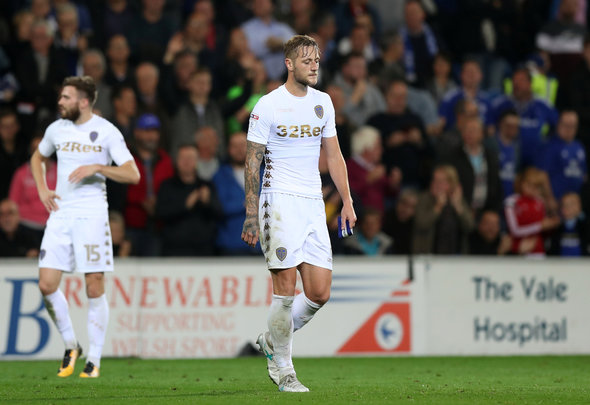 COMMENT
Leeds United’s new manager Paul Heckingbottom obviously wants to get off on the right foot at the club but he needs to make sure he is stamping his authority on the squad from the off.
The Whites’ rollercoaster of a season has been plagued with a number of issues to deal with, but the biggest problem has to be the players’ shocking disciplinary record.
Seven red cards this season signals that something is severely wrong at Elland Road and the new man in charge has already confirmed he has taken action to tackle the issue head on.
However, while claiming what is going on behind the scenes is easy to do and harder to prove, his first big decision seems to have shown he is not willing to risk upsetting the applecart days after his arrival at the club.
Heckingbottom has reportedly chosen to remain with central defender Liam Cooper as the club’s captain, with Luke Ayling sticking as his understudy.
This comes less than a week after his appointment as manager, with a handful of training sessions under his belt, and so should be considered as a very early decision.
The role of captain is critical in maintaining control of the squad, and while Cooper has been in charge for the current campaign, he is one of the leading offenders in terms of discipline, with two red cards already this season.
Other players will be thinking ‘our captain does it, so why can we not?’ and it completely undermines the manager’s stance on enforcing discipline at Elland Road.
Furthermore, Ayling is ruled out for the remainder of the season so keeping him as vice-captain seems pointless considering he will not be out on the training pitch or alongside his team mates in games, and replacing him would have made a lot of sense.
Keeping Cooper at the top of the tree is a evidently move to keep everyone happy, but that sort of attitude should be real cause for concern for the Leeds faithful.
In other Leeds United news, fans have taken to Twitter to react to their former manager breaking the silence over his sacking.