Frank McAvennie has tipped Norwich midfielder Kenny McLean to turn down the chance to sign for Rangers in 2021.

The former Celtic and St Mirren striker, speaking exclusively to Football Insider correspondent Dylan Childs, is adamant that the 28-year-old would not be happy with a spot on the bench at Ibrox.

The Sun claim that Steven Gerrard is looking to sign the lifelong Gers fan in January after his penalty sent Scotland to their first major tournament since 1998 on Thursday night. 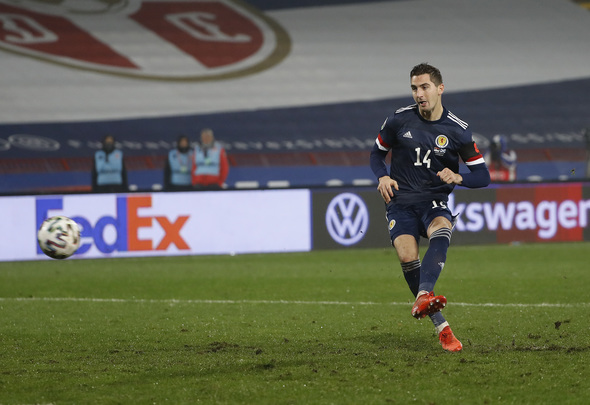 McLean has made eight Championship appearances this season and Football Insider understands the midfielder is seen as a key player in Norwich’s promotion bid and who is in their top earning bracket.

McAvennie fears it would be difficult for McLean to break into Steven Gerrard’s midfield despite his extensive Premier League and Championship experience.

“He would be a great signing for Rangers,” he told Football Insider.

“If Rangers wanted him why did they not take him from Aberdeen? I just do not get why teams up here make these mistakes, like Celtic and McGinn.

“He is doing very well in England. He is a tidy player but he must be on decent money now. I do not know if that is something that can be done.

“He might have to be a squad player and I do not think Kenny would want to go to Ibrox and get rotated.

“It is a strange one. He is a wonderful player but who is he going to replace?

“Rangers are playing well at the moment and even Arfield is not getting a game every week.

“McLean will not come up to the goldfish bowl of Glasgow to sit on the bench, that is for sure.”

In other Rangers news, big twist can be REVEALED in Ryan Kent contract talks.