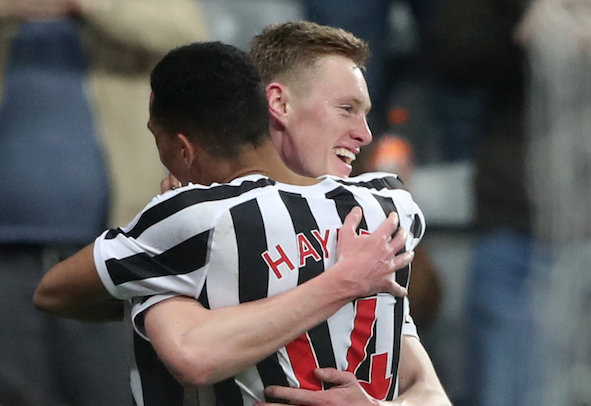 Speaking exclusively to Football Insider, the ex-England defender is convinced the central midfielder’s career is best served by learning his trade at St James’ Park.

Sky Sports reported on Friday that Man United have set their sights on a Longstaff swoop as Ole-Gunner Solskjaer targets young, home-grown talent in this summer’s window.

Longstaff made his breakthrough into the Newcastle team this season and made a big impression before his campaign was cut short by a serious knee injury.

“Man United already have McTominay, a similar type of player and age (22) to Longstaff,” Mills told Football Insider. “If you are a young player like Longstaff, you need to be sure you are joining a club where you can develop.

“Does Solskjaer have a record of developing players? No. Does Rafa Benitez, assuming he stays at Newcastle? Yes. Longstaff should think very carefully before leaving Newcastle, where he is likely to play regularly when he is fit again. He’ll regret it if he moves to Manchester United, where he might not play as much.

“Man United have big problems. They need some serious surgery and I’m not sure if it’s the right move for any young player.”

Longstaff made 13 appearances for Newcastle in his debut campaign, with nine of them coming in Premier League fixtures.

Rafael Benitez was impressed enough by the English tyro, 21, to hand him eight consecutive league starts before his injury.

He has a contract at Newcastle that runs until the summer of 2022.