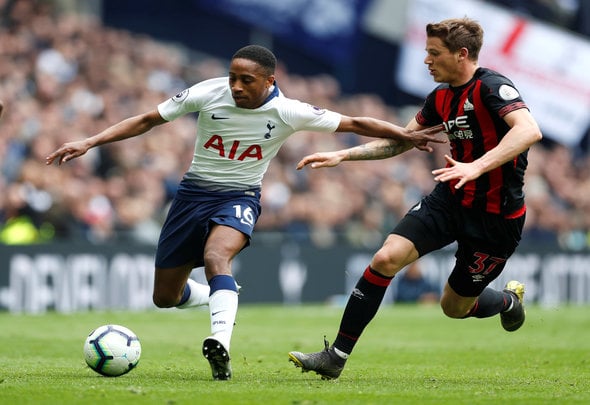 Danny Mills has revealed he is not convinced by Kyle Walker-Peters as a potential replacement for the departed Kieran Trippier at Tottenham.

The former England defender, speaking exclusively to Football Insider, says that the 22-year-old needs to have been playing more regular football if he is to be in contention for a regular first-team spot, having found himself behind Trippier in the pecking order.

The England international has left Spurs for Atletico Madrid, leaving manager Mauricio Pochettino with a void to fill on the right-hand side of the defence.

While Walker-Peters has been on the fringes of the senior side in north London, Mills insists he has not seen enough in his 19 appearances to convince him of taking Trippier’s spot.

Mills told Football Insider: “Kyle Walker-Peters coming through, he’s a gamble. Hasn’t played an awful lot of football and he is now 22. If you’ve not played a decent amount of football by 22, you start to think: ‘Okay, why is that? Why hasn’t he played as much?’

“I look at that and think is he the replacement? I’m not sure he is, I’m not convinced. Maybe they have somebody else in mind.”

Walker-Peters featured 10 times for Tottenham last season, seven of those appearances coming in the starting XI, including playing over an hour against Barcelona in the Champions League group stages.

His competition for the right-back role comes in the form of Serge Aurier and converted centre-back Juan Foyth.

In other Tottenham news, it can be REVEALED that Mauricio Pochettino is doing all he can to secure a mega-money transfer deal worth over £100million.