Alex McLeish has lauded Illan Meslier as a “star of the future” after his first handful of Premier League appearances for Leeds United.

Speaking exclusively to Football Insider assistant editor Russell Edge, the former Rangers and Scotland manager was left in awe of the 20-year-old and insisted the Frenchman would still continue to grow as a goalkeeper well into his 30s.

Meslier is the youngest first-choice shot-stopper in the Premier League this season, just under two years younger than Sheffield United’s Aaron Ramsdale. 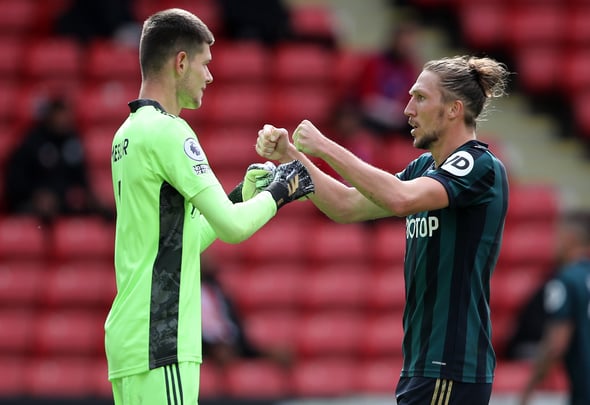 He has been an ever-present for Leeds in the Premier League this season after he turned his loan move from Lorient permanent over the summer.

Having seen the Whites shot-stopper keep his first consecutive clean sheets in the top-flight against Everton, McLeish insisted Meslier looks like one to watch for the foreseeable future.

“He’s already nailed that position at the moment and, you know, goalkeepers tend to mature later on, when they go into their 30s.

“When you see players dropping out of the system with a lack of legs, goalkeepers don’t have to run about the whole game, they last a long time.

“This kid is just starting this career and his performances, so far, have been a high level. There will be moments where it’ll be sticky and tricky for him and that’s when you find out how good you really are going to become in terms of mentality.”

Meslier has played a total of 21 times for Leeds since taking his chance in Kiko Casilla’s absence last season.