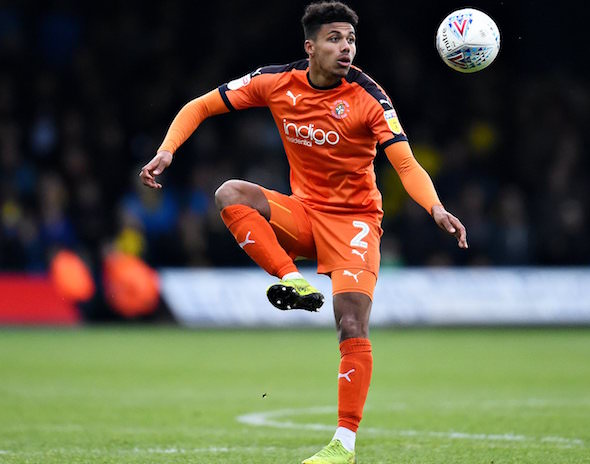 Luton Town full-back James Justin would be a top for Aston Villa this summer as he’s “going to be a Premier League star”, according to Noel Whelan.

The ex-Leeds United and Coventry City striker has told Football Insider how the Midlands giants would be pulling off a real coup if they win the race for the 21-year-old.

Football Insider broke the news a fortnight ago that Villa have tabled a £7.5million offer for Justin, and are working on making him one of their first summer signings.

However, they face a major battle to land the defender, with Leicester City currently in pole position.

“Aston Villa have a good scouting network and they have pulled in some good signings over the last year,” Whelan told Football Insider. “James Justin would certainly fall into that category.

“He has pace, good energy, is good on the ball and all the signs are that he is going to be a Premier League star. Villa need full-backs, as Alan Hutton has left and they need to freshen up in that area.

“Dean Smith will want signings who can help establish them as a Premier League club. He will know what he wants and I’m sure he’s had his eye on Justin for quite some time.”

Justin is set to be playing in the Championship next season if he does not get a move to one of his Premier League suitors after playing a central role in Luton’s promotion campaign.

The 21-year-old, who can play at right-back or left-back, was named in the League One Team of the Year for his performances.

In other Aston Villa news, it can be REVEALED that the Midlands giants are plotting a swoop to sign a newly-available Chelsea 25-year-old.