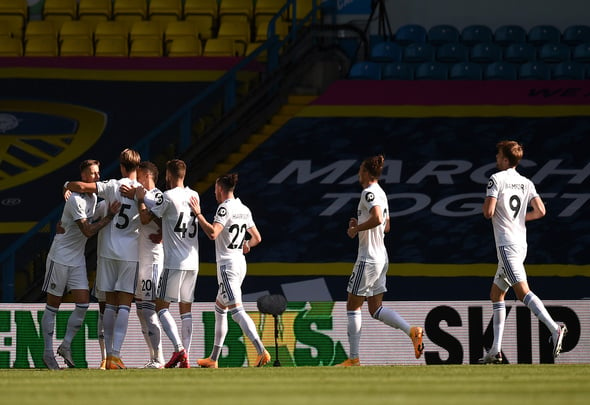 Danny Mills has warned Robin Koch that he must be “more careful” after the Leeds United defender conceded his second penalty in as many games.

Speaking exclusively to Football Insider correspondent Dylan Childs, the former Whites and Manchester City full-back claimed that the 24-year-old has been given a “reality check” since arriving in England.

The Germany international was signed in a near £12million deal from Freiburg this summer and has stepped into the right-sided centre-half position vacated by Ben White.

Leeds have conceded seven goals in their opening two games of the season despite having the best defensive record in the Championship in 2019/20.

When asked by Football Insider if he was concerned by the start Koch has made, Mills said: “It is a bit of a reality check and a shock to the system.

“The handball against Liverpool was harsh and unfortunate. Losing van Dijk for the goal, he got brushed aside too easily.

“Yesterday he made a slight error and gave away another penalty. He needs to be careful because you cannot keep doing that. Confidence will start to go.

“He is fortunate that there are no fans at the moment because would react and get on your back.

“Koch is obviously a great player but he needs to be more careful when challenging people in and around the box.”

Speaking on the defensive partnership between Koch and Liam Cooper, Bielsa said: “I don’t think it’s a question of time.

“If they had a few problems today it wasn’t due to a lack of co-ordination. The difficulties that they had today I don’t think will improve if they play more games together.”