Paul Robinson claimed Virgil van Dijk is worth triple what Liverpool paid for him as the club prepare to hand the defender a blockbuster new contract at Anfield.

Speaking exclusively to Football Insider correspondent Dylan Childs, the former Spurs and Leeds United goalkeeper claimed the 28-year-old reminds him of his ex-teammate Rio Ferdinand in his prime.

Football Insider revealed that the Reds are willing to offer the centre-half a new contract worth over £200,000-a-week that would keep him at Anfield for the rest of his career.

The Netherlands captain still has three years left on his current deal having signed a five-and-a-half-year agreement when he joined from Southampton in January 2018.

Van Dijk has been a virtual ever-present for a Jurgen Klopp side that are running away with the Premier League after winning last year’s Champions League.

When asked by Football Insider if a deal for the central defender was imperative, Robinson said: “I would tie Van Dijk and Alisson down for as long as they can.

“There were huge eyebrows raise for the figure that was paid for Virgil van Dijk.

“People were questioning whether it was good businesses paying £75million for a centre-half – well it certainly is now. He is worth treble what they paid for him. 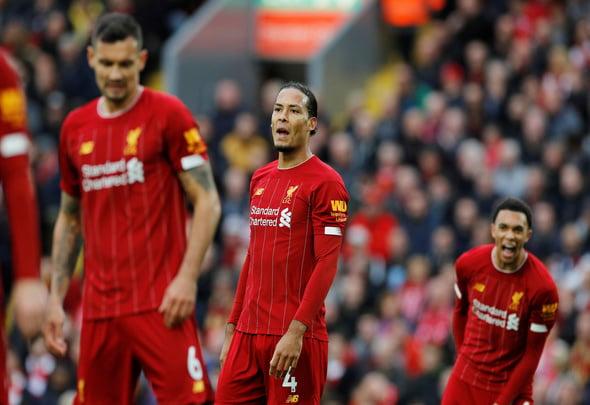 “He has been key to what they have done and he has improved the players around him. Matip has become a better player, Gomez has come on leaps and bounds and even Lovren. The two full-backs also benefit from his experience and ability.

“He reminds me of Rio when he was at the top of his game. Nothing seems to faze him and covers the ground with ease.”

In other Liverpool news, it can be REVEALED that the Reds have already tabled a bid for attacker Klopp rates higher than Timo Werner.