Danny Mills believes that signing Paco Alcacer would be a “huge coup” for Newcastle United.

Speaking exclusively to Football Insider, the former England defender suggested that bringing in the Spaniard would be a smart acquisition, albeit one that could lead to a change of style of the Toon Army.

According to The Sun, the Magpies are working on a potential loan move for the Borussia Dortmund hitman, with possibility of a £25 million permanent deal further down the line. 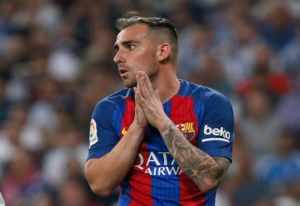 And Mills has claimed that the 26-year-old would be a notable improvement on Steve Bruce’s current strike force.

When asked if signing Alcacer would be a “huge coup” in an interview with Football Insider, he said: “Yeah it would – a striker of undoubted quality.

“He’s likely to get more shots on target in the first two or three games than Joelinton and Almiron. Equally, that’s not hugely difficult.

“It would be a change of style that Newcastle have to look to. Obviously with Joelinton going up front, big, strong, powerful guy so they would have to tweak it a little bit.

“That would take a little bit of time to get used to.” 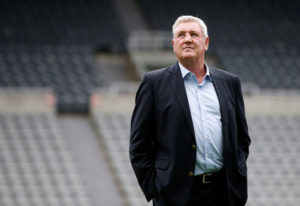 Alcacer joined the Bundesliga giants from Barcelona over the summer after enjoying a fruitful loan spell last term that saw him hit 19 goals in 32 match.

This term has been less successful, however, with the striker being pushed closer to the exit door thanks to the arrival of Norwegian scoring sensation Erling Haaland.

In other Newcastle news, Paul Robinson claims Newcastle ace may have had his ‘head turned’.