Alan Hutton insists that Leeds United would be “over the moon” if they could pull off the signing of Axel Tuanzebe from Manchester United.

The former Aston Villa and Scotland full-back, speaking exclusively to Football Insider assistant editor Russell, was left gushing over his former teammate after he was linked with a move to Elland Road.

The Athletic journalist Phil Hay has revealed that the Manchester United defender is a name that has been mentioned to him as Leeds plot signing another centre-back after Robin Koch.

Would expect Leeds to keep their powder dry for a little while now. But still want someone who fits the winger/number 10 mould (no second bid for Kent so far). And I wonder if Bielsa will soften on an extra centre-back. Man Utd’s Axel Tuanzebe a name that’s been mentioned. #lufc

The 22-year-old, who was sent out on loan to Villa between January 2018 and May 2019, spent last season at Old Trafford but suffered an injury-plagued campaign.

Hutton, who played alongside the promising defender 23 times during their time together at Villa Park, believes he would quickly become a fan favourite at Elland Road.

Asked if Tuanzebe would be a good signing for Leeds, Hutton told Football Insider: “Oh, 100 per cent.

“For one so young, he had such an old head on his shoulders. He was strong, he was very, very quick, he was good with the ball – he was everything that you want in a top centre-half and he was willing to learn and work.

“He was constantly in the gym, he did everything right, he had a great mentality. I think if Leeds can get him, they’d be over the moon with that. 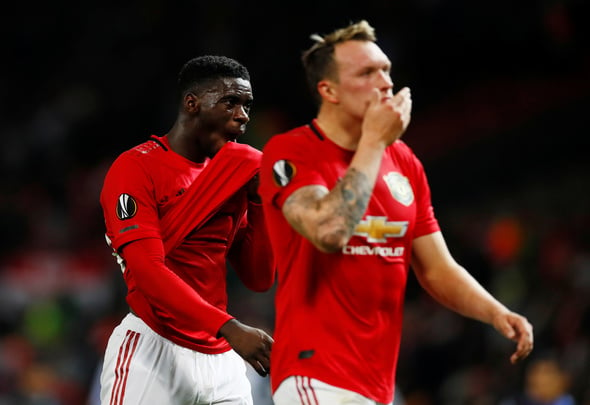 “Leeds, if they can do this, I think the fans will be really excited about that. It’d be another strong defender to add to their books and that’s the type of player they need, I think, to really help them stay in the league.”

Tuanzebe has made 10 Premier League appearances to date and he has a total of 18 games to his name for Manchester United.

In other Leeds United news, Noel Whelan has been wowed as the club agree terms with a “fantastic” midfielder.