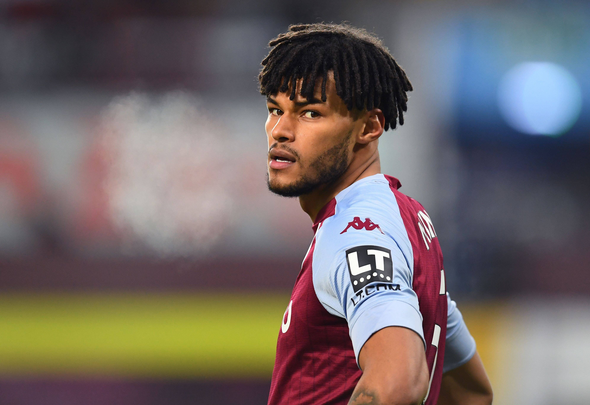 Alan Hutton admits he was amazed to see Wesley Moraes back playing for Aston Villa against West Brom on Sunday.

The former Villa defender, speaking exclusively to Football Insider, revealed he expected the striker to sit out the season and focus on coming back for pre-season.

The Brazilian suffered a cruciate ligament injury back on New Year’s Day 2020 and had been absent ever since.

Keinan Davis netted an injury-time equaliser to seal a point for the Villans against their Midlands rivals.

Hutton admitted he thought Dean Smith would give Wesley pre-season before throwing him back into competitive action.

However, he insisted he was thrilled by the striker’s surprise return.

Hutton told Football Insider assistant editor Russell Edge: “I was really happy for him. Tyrone Mings put up a nice post about him as well which was lovely.

“It’s great to see someone come back, especially when they have such a serious injury. I wasn’t expecting to him this season, there’s only a few games.

“I thought they’d maybe allow him to play in the under-23s, build up his minutes and look to kick on at the start of next season.

“But he’s obviously ready. I mean, they wouldn’t take a chance on somebody if he wasn’t ready.

It’s easy to be frustrated and consumed in negativity when we haven’t delivered positive results on the pitch, but for Wes, 480 days is one hell of a lonely road and a huge achievement. @keinan first PL goal is so deserved so let’s keep up the positive vibesss 😄💜 pic.twitter.com/8p4Tq6rZ1r

“It gives you that other option as well up front. Ollie Watkins plays every minute of every game so to have somebody else with that kind of presence, to be able to come on is obviously excellent. I’m really happy for him.”

In other news, Dean Smith was one game away from being sacked by Aston Villa, Football Insider understands.