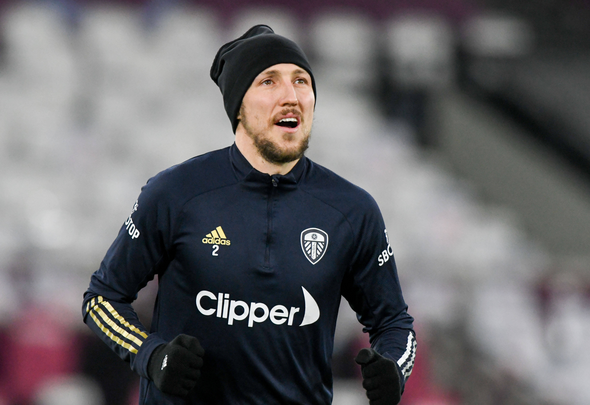 Alan Hutton has tipped Leeds United to prioritise the signing of a top-quality left-back as Ezgjan Alioski closes in on a move to Galatasaray.

Speaking exclusively to Football Insider, the former Aston Villa full-back insisted the Whites needed a player like Luke Ayling on the left-hand side.

As revealed by Football Insider on Tuesday morning, Alioski, 29, has agreed a pre-contract deal with Galatasaray ahead of a summer move.

The Macedonia international has shared left-back duties with Stuart Dallas this season, although the Northern Irishman has recently nailed down a spot in midfield.

However, Hutton has admitted Alioski is not the natural full-back Leeds have needed at times this term.

Hutton told Football Insider assistant editor Russell Edge: “For a start, Dallas and Alioski aren’t left-backs. I think they had a problem there anyway before that.

“Alioski’s come in and he has kind of fitted in well. I think that way Leeds play, they’re very attacking, full-backs high up the pitch, it’s suited him.

“I think if we look at Leeds as a whole, they have conceded a lot of goals. They also concede a lot of set-pieces. Maybe that’s down to the fact the back-four for a long, long period of time were not an actual back-four.

“They have had to jig everybody around a little bit. I think he’s a good player. Moving to Galatasaray, I think, is a fantastic move for him. That’s a huge club.

“Now it turns to Leeds and the priority, I think, will be a left-back. With Luke Ayling on the right, I think they’re very solid there. At left-back, I think they’ll be looking for somebody similar, the next Ayling if you like.”

In other news, Danny Mills claims “incredible” Leeds United player may be frozen out of starting XI after key development.