Kevin Phillips has tipped Sunderland to sign a new left-back before the end of the transfer window.

Speaking exclusively to Football Insider, the legendary former Black Cats striker suggested Sunderland’s left-hand side will be targeted by opposition sides after their 2-1 defeat to Plymouth Argyle.

Despite Lee Johnson’s side dominating the game at the Stadium of Light Argyle were able to exploit Callum McFadzean as they worked the ball into the box from Sunderland’s left. 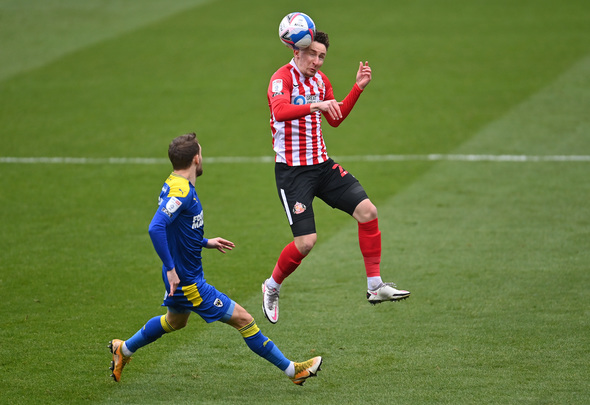 McFadzean, 27, moved to Sunderland from Plymouth in October on a free transfer and has started six of their seven League One games under Johnson.

In the Black Cats’ 1-0 defeat to Northampton Town when McFadzean was absent, Wolves loanee Dion Sanderson, a centre-back by trade, filled in at left-back.

Academy graduate Denver Hume played as a left wing-back earlier on in the season but he has been out since the beginning of last month with a hamstring injury.

“It is an area of concern,” Phillips told Football Insider.

“Moving forward, when other teams do their homework that will be an area that they target. It is a big worry for Sunderland because they have got some difficult matches coming up.

“It is concerning for Lee Johnson so I am sure he will be looking to sign a left-back before the deadline.”

Johnson told the Sunderland Echo after Hume suffered a further setback to his injury that will keep him out until March he was considering a move for a left-back.

He added: “We’ve either got to find one [in the market] or find one from within our ranks. I can’t see one at the moment who I think is absolutely ready to play the number of games we need them to at the level we need them to.”

In other news, Kevin Phillips has slaughtered the Sunderland players and told them to “have a serious look at yourself”.