Frank McAvennie is desperate for Tom Rogic to stay at Celtic after the midfielder returned to Neil Lennon’s squad last weekend.

The former Hoops and St Mirren striker, speaking exclusively to Football Insider correspondent Dylan Childs, claimed to have heard “people talking” about the 27-year-old potentially leaving the club this summer.

Rogic was named on the bench for Sunday’s 3-0 win against Hibernian to suggest that he is back in contention at Parkhead. 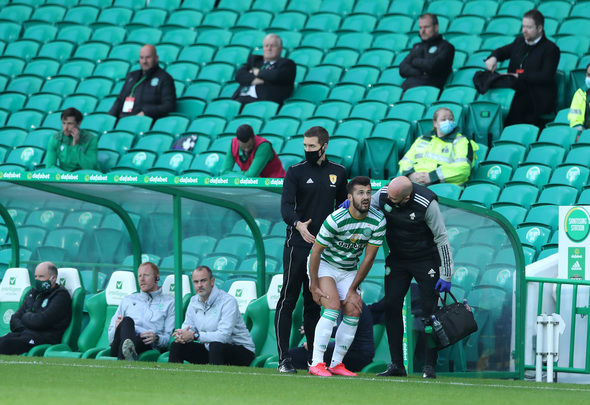 Earlier in the window Lennon revealed that the club had “accepted a bid” for the Australia international but his move to an unnamed Qatari club collapsed.

McAvennie hailed the “wonderful” midfielder and big supporters’ favourite, and is hopeful that he will still be at the club when the transfer window shuts on Monday night.

“It was great to see Rogic back on the bench at the weekend,” he told Football Insider.

“He is the forgotten man. He never loses the ball, it is impossible to get it off him!

“Rogic is a superb player so I am really surprised that nobody else has come in for him. I heard he is leaving but what a wonderful player.

“I would be delighted if he was still a Celtic player on Tuesday morning.”

Rogic has made an impressive 189 appearances for the Hoops in a seven year spell at the club having arrived from Central Coast Mariners in 2013.

Lennon is blessed with a wealth of midfield options this season following the signing of Motherwell’s David Turnbull in a £3.25million deal at the end of August.

In other Celtic news, it can be REVEALED that £60K-a-wk PL wide-man set to push to join Hoops after Lennon sales pitch.