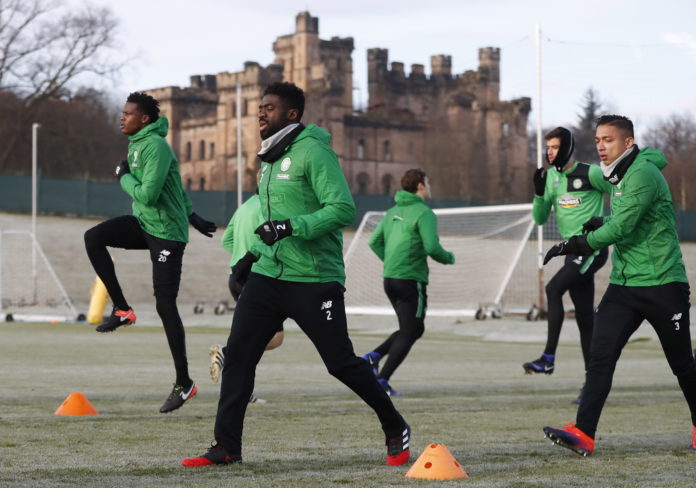 Former Liverpool and Arsenal defender Kolo Toure has heaped praise on supporters of the Hoops after he admitted that prior to his move north of the border, he had never heard an atmosphere like it before.
The Ivorian international signed for the Scottish giants on a free in July 2016 and made 17 outings for Brendan Rodgers’ side before hanging up his boots on his career.
However, the defender, who was a member of Arsene Wenger’s invincible winning squad in 2003/04 remained at Celtic Park and became the Hoops technical assistant.
“I came with Arsenal and had played a few games here and for me, again, it was another great move,” Toure said in Open Goal.
At the time I was looking for a club and when I had the opportunity to come here I thought ‘wow’.
“Wow. It was amazing. I had never heard that before.”
And the 36-year-old picked out the 3-3 draw with Manchester City in the Champions League as the match which sticks in his memory the most.
Celtic are currently in the middle of a winter break from the Scottish Premiership but will return to action this weekend in the Scottish Cup against Brechin City, followed by Partick Thistle in the league days later.
Brendan Rodgers’ side had been in the cusp of a ‘wobble’ before the SPL took its leave after one defeat and one draw from the last five league games and the northern Irishman will hope that does not continue when the league resumes next week.
In other Celtic news, Rodgers reveals key focus for Hoops preparations.
We’ve launched a << BREAKING NEWS FEED>> exclusively for your club. ‘Like Us’ on Facebook by clicking here if you want 24/7 updates on all Celtic breaking news.