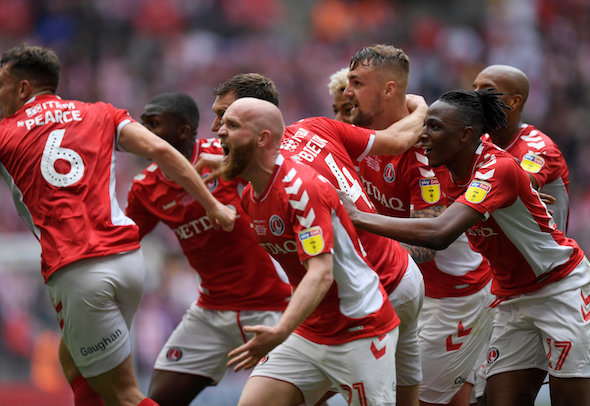 Rangers are set to find out within days whether their offer for Joe Aribo has been enough to prise him from Charlton Athletic, Football Insider understands.

The Light Blues have set their sights on the goalscoring midfielder, 22, as they look to take advantage of cross-border rules to snap him up on a cut-price compensation deal this summer.

Aribo is out of contract at Charlton at the end of the month and, as Football Insider revealed, he has snubbed an extension, which has led to a stampede of interest from clubs north and south of the border, as well as in the Bundesliga.

Rangers have submitted a bumper contract offer to Aribo and he is now making up his mind on whether to accept it, or one of the others presented to him over recent weeks.

The rising star has also attracted strong interest from Celtic, Premier League and Bundesliga clubs, as well as those from the English Championship.

He was due to be playing in the second tier for Charlton next season, but that is now looking unlikely, as he is in such demand after playing a starring role in the London club’s promotion from League One.

He scored 10 goals from midfield as well as supplied five assists for the side that secured a return to the second tier via the play-offs.

Rangers have been able to table a higher offer than they would otherwise be able to as, like with Celtic when they capture Moussa Dembele three years ago, they would only need to pay a minor compensation fee for the Addicks academy graduate due to cross-border rules.

In other Rangers news, it can be revealed that the club are set to complete the signing of an attacking player from Premier League giants next week.