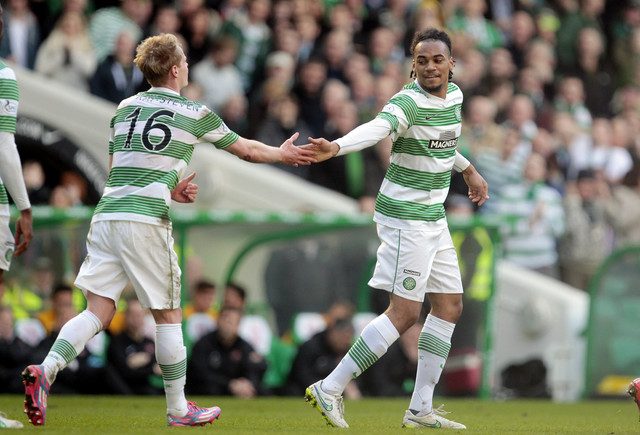 Celtic fans have expressed their disagreement on Twitter after a report from STV revealed that the Hoops were looking to sign Manchester City defender Jason Denayer for a second potential loan deal.

The 22-year-old formerly moved to Parkhead during the 2014/15 season on a year-long stint where he made 44 appearances in all competitions, scored six goals and provided two assists.

Boss Brendan Rodgers has been actively searching for a centre-back throughout the summer transfer window and since the deal with Rivaldo Coetzee was called off it looks as though the former loanee is next on the manager’s transfer list.

Fans are less than enthused at the prospect of Denayer rejoining the Hoops, mostly because supporters want the boss to secure a permanent deal rather than sign another player on loan.

I agree loans are good when players fee's are out of reach a permanent deal for Denayer should be doable with 2 seasons in wilderness https://t.co/noHvhlpSDc

Would prefer Denayer on a permanent transfer. Loans are frustrating.

Not feeling the whole Jason Denayer thing! Never felt very confident in him at the back! I'd look elsewhere

Denayer would be a perfect solution with only 1 day left of the window. We'd never be able to scout/sign a decent/reliable CB in that time

Would take Denayer back. He looked very good. However, loan deal would be underwhelming.

Don't get me wrong, I really liked Denayer. I've been surprised his career has gone somewhat astray when you think of the player we had

Rodgers has strengthened his midfield considerably over the summer after he sealed moves for attacking trio Olivier Ntcham, Kundai Benyu and Jonny Hayes.

The former treble winners stormed into the 2017/18 season as the club have remained unbeaten in all games across every competition so far.

In other Celtic news, Football Insider has gathered all the information which Hoops fans need to know about their club’s imminent signing.