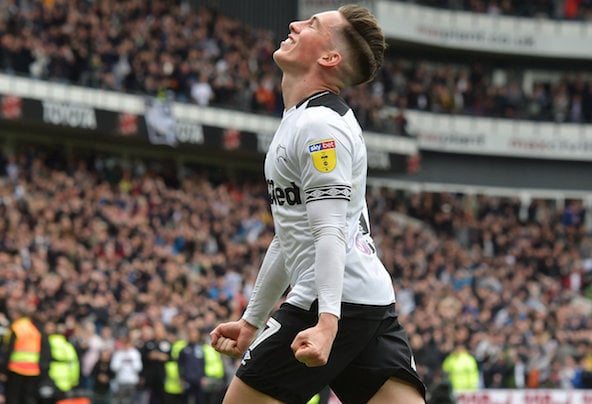 Jackie McNamara has insisted Harry Wilson would be an “ideal” summer signing for Wolves amid fresh doubts about his Liverpool future.

Speaking exclusive to Football Insider, the former Molineux defender is not surprised Nuno Espirito Santo has set his sights on the 22-year-old after his impressive season on loan at Derby County.

Football Insider broke the news last week that Liverpool are ready to place a £25million price tag on Wilson as Klopp mulls over the potential sale of a player attracting strong interest from Wolves and their manager.

“Wilson is definitely a player who can shine in the Premier League,” McNamara said. “He has got so many qualities that managers want – he can create and score goals, a great left foot, can link up the play and take great set pieces.

“He definitely has real ability and would be ideal for Wolves’ style of play. They are quite adaptable in how they use their attacking players and you could see Wilson doing as well there as James Maddison has at Leicester signing moving up from Norwich the year before.” Wilson has four more years remaining on his Liverpool contract but has played only once for his parent club club, as a substitute in January 2017.

He is keen to push for a permanent summer transfer if Jurgen Klopp indicates he’s unlikely to break into the Anfield senior side next season.

Wilson played a standout role under Frank Lampard at Derby this season in the Championship scoring 18 goals and six assists from 49 appearances before they fell at the final hurdle in Monday’s play-off final against Aston Villa.

In other Wolves news, Danny Mills has suggested Leeds United target with an impressive Premier League record “is more likely to join Wolves”.