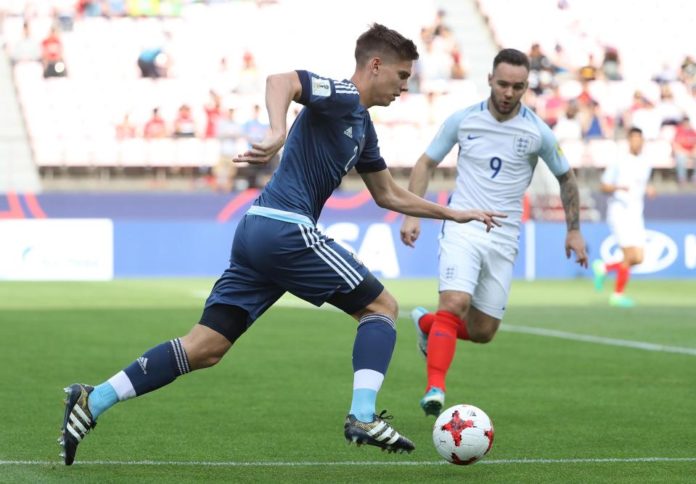 Argentine football expert Gonzalo Bandeo has given a glowing reference of new Tottenham signing Juan Foyth, claiming he is ideal for the way Mauricio Pochettino wants to play.

The 19-year-old ended up joining Spurs in the final days of the summer transfer window from Argentine club Estudiantes and little is known of the teenager due to all of his first team experience to date coming in Argentina.

However, he is from Pochettino’s homeland and the experienced boss will have good knowledge of the talent in Argentina and fans are also hopeful the boss has unearthed another gem.

Bonadeo, who is a hugely respected sports writer and broadcaster in Argentina has also seemingly suggested that Pochettino has brought another young talent to the north of London, stating “it’s a very good deal for Spurs.”

“First of all, it’s a very good deal for Spurs. Juan is a young guy, very talented and although he has no more than one season playing for the first team in Estudiantes, he’s a very skilful, smart, relaxed and confident defender,” told Bonadeo, as quoted by the official Tottenham website.

“As a youngster, he was mainly a midfielder and when he was 15, a coach in the junior divisions at Estudiantes suggested he played in defence and this was his place. He’s done a very good job since then. He’s confident on the ball and that’s ideal with the way Mauricio Pochettino will want him to play, with the ball played out from the goalkeeper and defenders who are skilful. He has finesse and speed but he’s also very strong.

“We all have high hopes for Juan in Argentina. I’m not going to say he’ll play straight away in the next World Cup next year – we don’t even know if Argentina will qualify! But I am confident he will be in a couple of national teams soon because everything is new in the national team, not only in the main (first) team, but also the Under-20s. The coaches from the Under-20 team work closely with the main trainer, Sampaoli.

“We don’t have that many defenders of that level that young right now in Argentina and Juan is certainly one of the big prospects in that (defensive) area. We’re all excited to watch him play in the Premier League and I think he will be good news for Spurs.”

Foyth has made just six senior appearances to date, all coming with Estudiantes, while he has been capped for the Argentina Under-20s team.

However, he will now be hoping the move to the Premier League and Tottenham can help push forward his development, while also raising his profile.

Pochettino also added fellow Argentinian Paulo Gazzaniga to his side this summer, while Erik Lamela is already in the squad and it looks like a South American contingent may be building in north London under the successful boss.

In other Tottenham news, Danny Murphy doubts Daniel Levy will make a habit of signing this type of player.
We’ve launched a << BREAKING NEWS FEED>> exclusively for your club. ‘Like Us’ on Facebook by clicking here if you want 24/7 updates on all Tottenham breaking news.