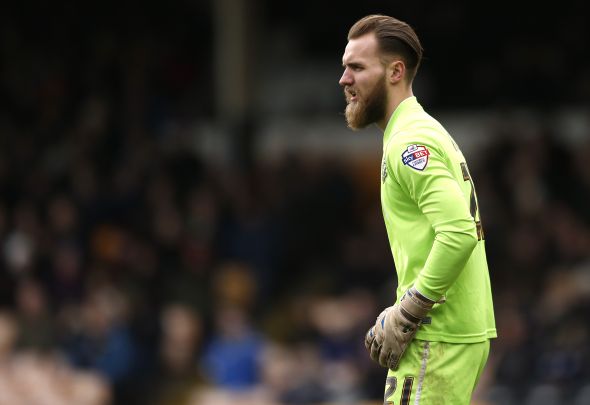 Rangers goalkeeper Jak Alnwick has revealed that boss Pedro Caixinha has promised him he will feature in the Scottish League Cup semi-final over Wes Foderingham.

The 24-year-old frine player has featured in just two games this season against Dunfermline and Partick Thistle, both times in the cup competition.

Tuesday marked his third appearance in the starting XI for Caixinha since moving to the Ibrox stadium from Port Vale in the January transfer window.

Alnwick immediately fell below first-choice stopper Foderingham and while the No 1 is nailed on to return for the Light Blues’ Old Firm clash on Saturday, Alnwick remains set on featuring as much as possible.

“At the end of the day Wes has been excellent for however long he has been here. There can be no doubting that,” the keeper explained, as quoted by the Scottish Sun.

“As far as I’m aware I’ll play in the semi-final. That is what the manager has said.

“Obviously the manager has spoken about this before and has said what he’s said. Hopefully I have impressed enough to stay in the team.”

Alnwick showed quality on Tuesday evening’s quarter-final match and proved himself to Caixinha after he made three impressive saves to deny Partick Thistle’s Connor Sammon.

He is now in line to play in the big semi-final fixture, which could see the Light Blues play against Celtic, Hibernian or Motherwell or Aberdeen, who play each other on Thursday.

Last season the stopper made just one appearance for the Light Blues during the club’s final match of the Premiership in May, where the Englishman helped the Glaswegian side secure a 2-1 win over St. Johnstone.

Next, the Light Blues are set to host rivals Celtic on Saturday in the first Old Firm meeting on the season and Caixinha’s side will be hoping to replicate Tuesday night’s success.

In other Rangers news, John Brown has issued a warning about the Gers’ summer signings ahead of the clash with Celtic.