Noel Whelan has tipped Ben Godfrey to be a “very good stand-in” at right-back for Everton against Southampton on Sunday.

Speaking at his pre-match press conference, as quoted by journalist Phil Kirkbride, Ancelotti confirmed that the 22-year-old would start at right-back on Sunday with both Seamus Coleman and Jonjoe Kenny out injured.

Godfrey, a natural centre-back, replaced the Republic of Ireland international on the right-hand of defence after 30 minutes in the 2-2 draw against Liverpool.

Whelan admits he has no concerns with the former Norwich man filling the void and insists he will have plenty to offer at both ends of the pitch.

Whelan told Football Insider: “Look, he’s a good player like that and I believe he can play wing-back as well. He’s done it for Norwich a couple of times.

“I think when he came on against Liverpool he was a fantastic addition there – his energy, his aggression, he was good in the air, he doesn’t mind driving forward with the ball at his feet.

“I think Ancelotti had that kind of in his mind as well, that he can play two positions. They can adapt to different roles. 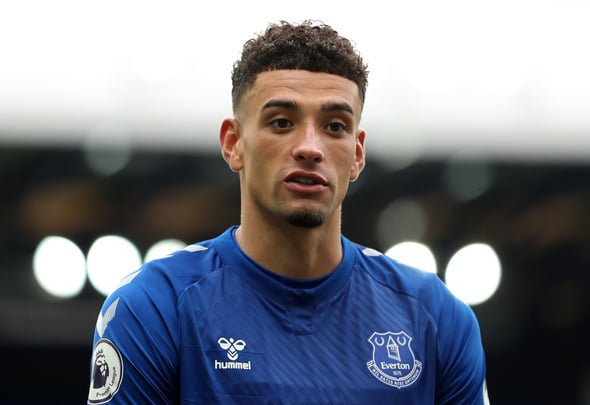 “He’ll still have that defensive capability of filling in and squeezing in towards the centre-halves but he just has that little bit more aggression, height and power.

“I’ll tell you what, he will get forward, he’s got a good engine on him, he’ll deputise for Seamus Coleman and he’ll be a very good stand-in. He’ll also offer a lot more in those attacking set-pieces as well as defensively.”

In other Everton news, a former Premier League star has dropped an “obscene” transfer claim at Goodison Park.