Darren Bent claims that West Brom are Premier League ready with the players they have at their disposal this season.

The former Aston Villa and England striker, speaking exclusively to Football Insider assistant editor Russell Edge, says that the majority of the Baggies’ squad could seamlessly transition into the top-flight should they secure promotion this year.

Slaven Bilic and his men sit second in the Championship table, level on points with leaders Leeds, as they look to seal a return back to the elite of English football. 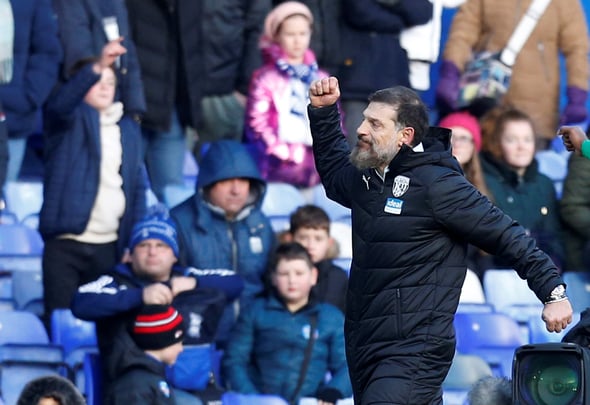 Bent says that with the likes of Matheus Pereira and Romaine Sawyers in their side, the Baggies will only need to add a couple of bodies should they seal a place in the Premier League next season.

“There’s a couple of them who could make the step up to the Premier League, there’s a fair few of them,” Bent told Football Insider.

“Pereira, he’s got great feet, can play that number ten role. I’m a big fan of his, he seems to be getting better and better, I think he’s got the right manager who really believes in him.

“When you’ve got Romaine Sawyers in there behind you protecting you, it makes you play. I think if West Brom do go up, yeah they have to add one or two but they’ve got the nucleus of a team who can compete in the Premier League.”

The likes of Matt Phillips, Charlie Austin, Kieran Gibbs and Gareth Barry are all well experienced in the top flight, while Pereira and Sawyers are yet to play in the Premier League.

In other West Brom news, Noel Whelan has made a strong claim about the Baggies after the club’s draw with Leeds.