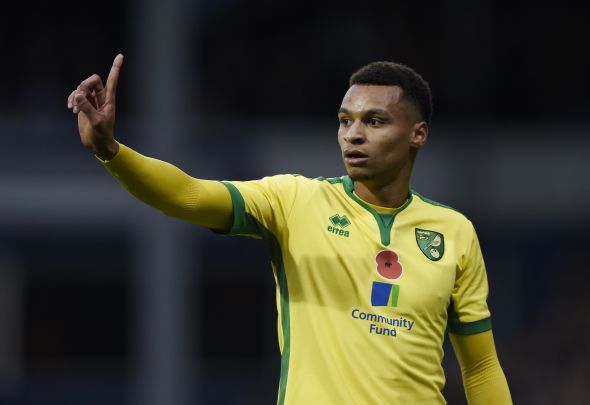 Rafa Benitez is determined to land winger Jacob Murphy from Championship side Norwich, despite having an £8m offer rejected, according to a report.

The Telegraph claims that Norwich do not want to sell the England Under-21 international, and have turned down Newcastle’s first offer.

This comes on the back of a Mail report that claimed Benitez was getting increasingly frustrated at not getting any summer deals over the line.

The report claimed that Norwich had said that Murphy is not for sale and Mail sources claim it was unlikely to progress further.

However, Benitez isn’t ready to give up on his man and, according to The Telegraph, has “demanded” that Newcastle go back in with an improved offer for Murphy.

Murphy had caught the eye of Benitez before his heroics this summer as part of the England Under-21 team that made the semi-finals of the European Championship this summer.

The 22-year-old made four appearances for the Young Lions, including the semi-final which they lost on penalties to Germany, and scored once in a 3-0 win over Poland.

The Telegraph claim that frustrations are evident between Benitez and managing director Lee Charnley, with people above Benitez adamant that they can get better deals later on in the window.

Unfortunately for Benitez, that could mean missing out on top targets now.

In other Newcastle transfer news, the Magpies are currently favourites to sign this recently relegated midfielder.

We’ve launched a << BREAKING NEWS FEED>> exclusively for your club. ‘Like Us’ on Facebook by clicking here if you want 24/7 updates on all Newcastle