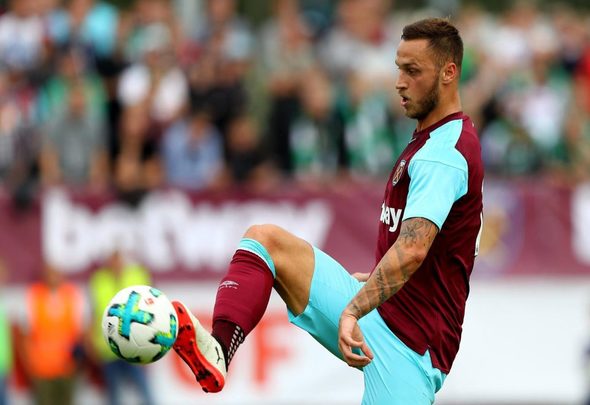 West Ham star Marko Arnautovic could be back in the first-team squad as soon as Saturday, according to a club insider.
ExWHUemployee is a very reliable source of information regarding West Ham and he revealed the news when replying to a fan asking for information on the player.
He said it hadn’t been decided yet but that the player had “recovered well” and was “ahead of schedule”.

He has recovered well and is ahead of schedule. He could make the squad for Saturday but it’s not decided yet https://t.co/TXZdGC4L1t

Marko Arnautovic had a slow start to his West Ham career but burst into life since David Moyes took over as manager.
He has now scored six goals in his last eight games for the club but then suffered a hamstring injury in the Premier League game against Bournemouth.
According to the Evening Standard this injury was supposed to keep him out for four games, including the clash against Watford on Saturday.
But now, West Ham fans will have hope that he could play some part in a game they really need to get something from.
In other West Ham news, this top-flight boss being lined up to replace Moyes at Hammers.