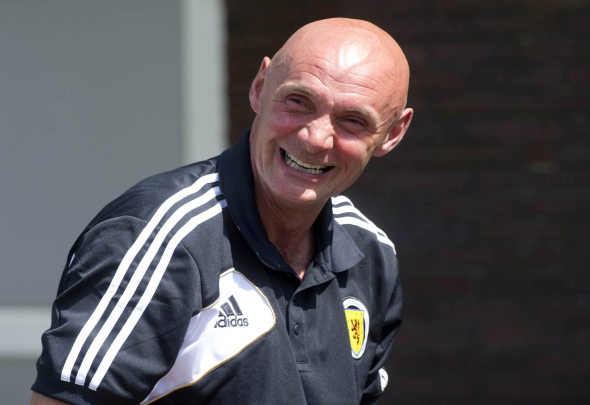 Watson thinks McAllister’s experience as a manager in his own right makes him a brilliant pick alongside Gerrard and believes the former Scotland captain has “great credentials” to be a success at Ibrox.

After working as assistant to Alex McLeish at Ibrox, Watson knows first-hand what is needed to be a success at the Gers – and thinks McAllister’s knowledge of the Scottish game and the unique environment surrounding the Old Firm makes him a  “fantastic choice.”

I know Gary and he is a super bloke,” Watson said, as quoted by the Evening Times.

“He’s really experienced and has been a manager in his own right, so he’s got great credentials and a really good lad.

“It’s an absolutely fantastic choice of assistant manager. With Gary’s experience on the managerial side, and the fact that he knows the Scottish game and everything that surrounds the city of Glasgow, I think it’s an inspired choice.”

McAllister’s appointment is a great bit of business by the Gers and will give Gerrard an experienced head beside him in the dugout as he takes the reins of his first managerial role. The former Scotland captain has been there and done pretty much everything as a player as well as having a fairly extensive background in coaching and should provide a good sounding board for Gerrard. With more of Gerrard’s backroom team to be confirmed when he takes charge on Friday, there could still be more experienced heads to come with him to Ibrox but if not, McAllister’s experience should help the 37-year-old navigate his way around. Having McAllister come in as his number two rather than another inexperienced coach also gives Gerrard someone alongside Gerrard who can guide him a bit if things aren’t going brilliantly for the Light Blues.