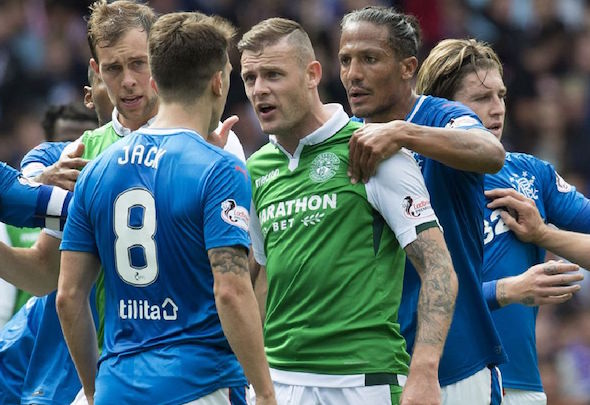 The Rangers ace made his international debut in Thursday night’s 1-0 defeat to the Netherlands and impressed up against Memphis Depay on the right of the Scottish defence.

Kieran Tierney has been Scotland’s right-back in recent months although Mackay refused to play the Celtic star there against the Dutch, opting instead to partner Tierney with Christophe Berra in the heart of defence.

Jack played at right-back regularly early in his career but has since moved to a midfield role however Mackay think’s the 25-year-old’s international future could be in defence.

“I thought he was terrific,” Mackay said, as quoted by The National. “There was a lot of debate about him concerning his sendings off, how Rangers have played, how he has played, the fact I was playing him at right back and also the fact he was coming back to Aberdeen.

“There were an awful lot of things for a boy to actually think about when he was picked. There was an awful lot of criticism attached to him being picked from various quarters.

Jack moved to Rangers in the summer from Aberdeen and has been embroiled in controversy during the early part of his Ibrox career.

The 25-year-old has already picked up three red cards after altercations with rival players this season however two have since been overturned by the Scottish FA after deciding the referee had made the wrong decision.

The midfield lynchpin has made 15 appearances for the Gers appearances across all competitions so far this season since moving from Pittodrie.

In other Rangers news, Charlie Adam believes the Gers are ‘close’ to appointing a new manager

Exclusive: Red-hot Rangers star has no future at Ibrox – Whelan