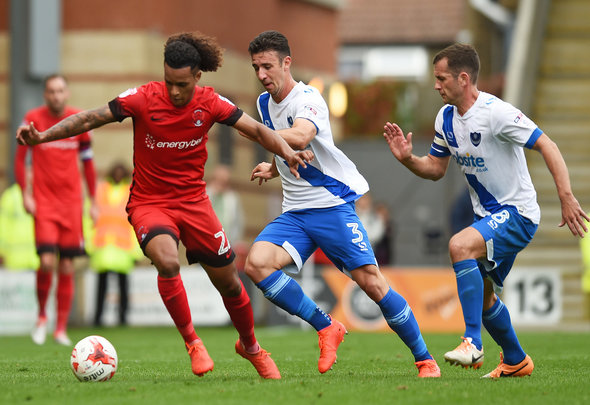 The 26-year-old joined the Birmingham giants in January 2012 from Irish outfit Shamrock Rovers, but he made only nine appearances for the club during his time there.

He was sent out on loan to Notts County, Doncaster Rovers and Northampton, but he never impressed enough to warrant a recall to his parent club.

Speaking to Irish publication, The 42, he said of his time at Villa: “I had one season you could say at Villa where I was involved, only for a few months where I actually played.

“I got an injury then and when I came back I never really performed to the standard that I had before and you don’t get that many chances at the top.

“I kind of just got pushed back even further where I wasn’t involved at all but I still had two years left on my contract.”

Stevens won Portsmouth’s Player of the Year award at the end of his first season with the club.

The 26-year-old also impressed this term and was one of three players from the club featured in the League Two Team of the Year this season.

The Dublin-born left-back made 45 appearances in League Two, scoring one goal, assisting nine and contributing to 17 clean sheets.

In other Aston Villa news, this 24-year-old has talked up the club ahead of contract negotiations.