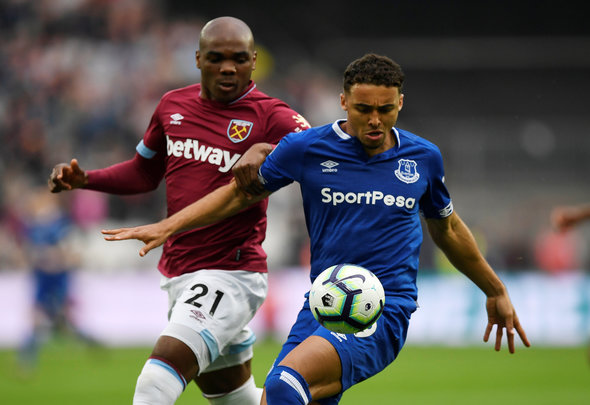 Danny Mills has questioned whether Everton striker Dominic Calvert-Lewin is good enough to be a regular for the Toffees despite his game time last season.

The former Leeds and England defender, speaking exclusively to Football Insider, claims that the 22-year-old is very much backup at Goodison Park and suggested that people have not yet made their minds up about his quality up front.

The striker was a mainstay in the first-team under Marco Silva last season, failing to feature in just three of the club’s 38 Premier League games.

Despite featuring on a regular basis under the Portuguese boss, Mills is not convinced the England under-21 forward has what it takes to lead the line regularly for the Toffees.

“Calvert-Lewin has always been deemed to be almost a backup striker,” Mills told Football Insider.

“Is he good enough to lead the line for Everton on a weekly basis? I think the jury is still out. He’s still very, very young.”

Calvert-Lewin netted six goals in his 35 Premier League outing during the 2018/19 campaign, adding another two in the League Cup to take his total tally to eight in 36 appearances.

He has a total of 93 Everton games under his belt across all competitions, hitting the back of the net 17 times and chalking up a further 10 assists for his teammates.

In other Everton news, it can be REVEALED that the club are confident of securing three late transfer deals before the window slams shut.