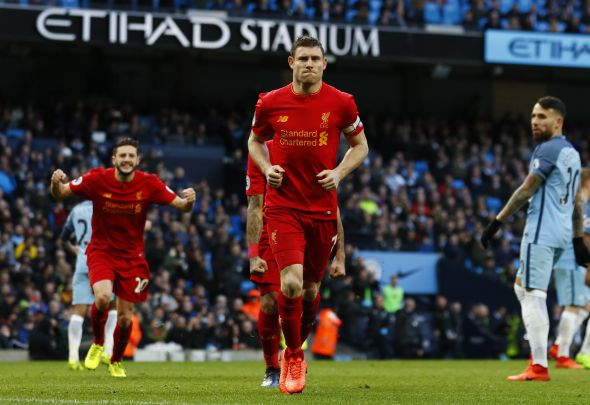 James Milner believes that he would be sick if Liverpool failed to qualify for the Champions League.

Jurgen Klopp’s side are currently occupying the Premier League’s top four but a goalless draw against Southampton on Sunday presented the chasing pack with an opportunity to catch up in their games in hand.

Milner saw a spot-kick saved by Fraser Forster during the stalemate and isn’t shying away from taking the blame for what was a poor result.

“How would we feel if we miss out? Sick,” said the 31-year-old, as quoted by the London Evening Standard.

“There was a lot riding on the Southampton game and I have to take the responsibility for missing the penalty. Hopefully we will get a bit of luck and finish the job. We have made improvements this year and we know where we need to improve again.”

Liverpool are currently third in the Premier League table but have played more games than the next three teams below them.

Their point against Southampton ruled out any chance of a second-place finish but Arsenal, Manchester United and Manchester City can all still finish above the Reds.

City are a point behind Liverpool and although United and Arsenal cannot topple Klopp’s men just with their games in hand, they can still beat them to the Champions League spots before the season ends later this month.

Milner has been one of the stars of the Liverpool squad this season, scoring seven goals and supplying four assists in 38 appearances across all competitions in which he’s played most of them at left-back.

In other Liverpool news, a Sky pundit has given the thumbs up to this Reds target.