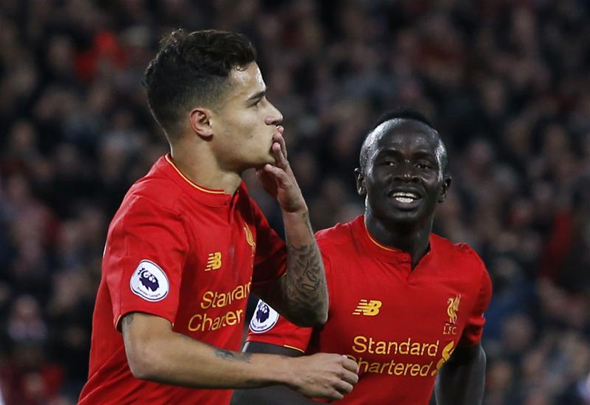 Jamie Carragher has praised the form of Liverpool attacker Philippe Coutinho and said that the “perfect” player would walk into any current Premier League team.

Talking in his column in the Mail, Carragher has said that the 24-year-old is “one of the stars of the Premier League, the driving force behind Liverpool’s impressive early form and the key to them sustaining what could yet become a challenge for the title.”

Coutinho has played a huge part in Liverpool’s great start to the season, scoring four goals and providing two assists in nine games.

He has helped the Reds to 20 points, level with leaders Manchester City and Arsenal ahead of their Saturday evening game with Crystal Palace.

“He is playing at such a level that you could put him in the No 10 position of any of Liverpool’s rivals — Manchester City, Arsenal, Tottenham, Chelsea, Manchester United — and he would fit in seamlessly and enhance their quality,” Carragher added.

“His performances are making everyone sit up and take notice, so much so that it has even got to the point where the Brazil legend Ronaldo gave an interview to a Spanish radio station two weeks ago and said he ‘would love to see Coutinho at Real Madrid.’

“This is the season when I believe we will see that more and more. Gerrard and Suarez have gone and Coutinho is now the man. He is the reason Liverpool fans are going to Anfield, he has to be the one who takes on their mantle and carries Klopp’s team forward.

“The quiet lad who used to make me lose my patience is now making me jump out of my seat. He is becoming Liverpool’s perfect 10.”

In other Liverpool news, Stan Collymore thinks a shock is on the cards as his former team travel to Selhurst Park on Saturday.