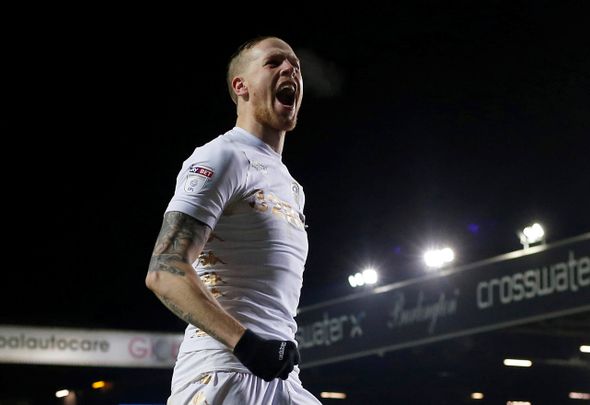 Leeds enforcer Pontus Jansson has delivered an emphatic verdict on his immediate future and revealed exactly what he was talking to the club about last month.

Talking in the pre-match press conference ahead of the Championship clash with Sunderland, Jansson said that he would “for sure” be staying at the club next season.

He went onto say that signing for Leeds had changed his life and his footballing career and that he wants to take the club back to the Premier League.

As quoted on Leeds.Live, Jansson also revealed exactly what he was talking to the club about, after the news made fans question whether he would be at Elland Road next season.

“I said I wanted to talk to people around the club. This club should be in the Premier League.”

He had earlier said in Swedish outlet Expressen that he would seek talks with the club, saying: “We’ll see what’s happening, I want to hear from the club how to look next year and so on.”

It now appears that the just wanted to ensure that his ambitions were the same as the club’s and has now emphatically committed his future – at least for next season – to Leeds.

After the season that Heckingbottom has had, this is great news.

Jansson on top form is the club’s talisman. He can inspire from the back and hopefully rediscover the towering performances that inspired such loyalty from Leeds fans last season.

And Heckingbottom must get behind the 27-year-old and make him captain on Saturday and for the rest of the season.

Jansson just captained Sweden for the first time ahead of the World Cup finals this summer and said it was “sick”.

He said he was proud and that his dad was in tears.

These are the words of a leader and of someone who takes his responsibilities seriously.

And having Jansson as club captain could spur the side onto a decent run this season and set them up perfectly for next season.