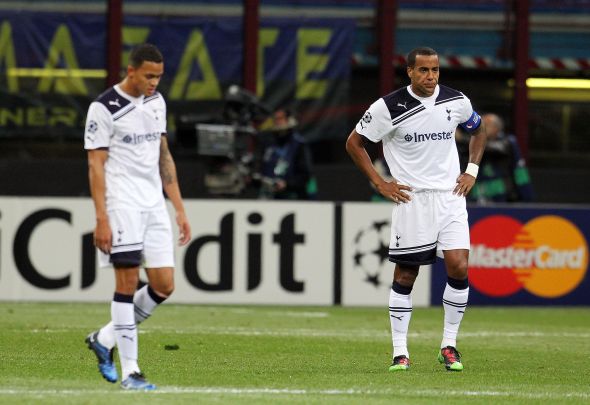 Jermaine Jenas believes Juande Ramos was sacked by Tottenham after placing Tom Huddlestone on the wing in training.

Spanish manager Ramos lasted just over a year with the north London giants, but was sacked less than 24 hours before an away clash against Bolton Wanderers in October 2008.

Speaking on BBC Radio 5 Live, Jenas revealed that he believes Ramos’ sacking was largely down to trying out ex-Spurs star Huddlestone on the wing, despite him being a central midfielder.

“We were on the training pitch,” Jenas said. “We were going through a bad spell, second bottom of the league. During some team shape drills, he put Tom Huddlestone on the left wing.

“We’d look at assistant Gus Poyet, and he didn’t know what to say. Alan Hutton told us we had a meeting at 11pm that night before the Bolton game, and the chairman said Juande had gone.

“As far as I’m concerned, from that moment on the training pitch, a message somehow got back to the chairman to say, look, I need to stop this.”

"He put Huddlestone on the wing. He was fired the next day"

Harry Redknapp instantly took over from Spaniard Ramos, and secured Spurs first league win of the 2008-09 season with a 2-0 win against Bolton at the Reebok Stadium.

Huddlestone, a former England international, now plays for relegation candidates Hull City after eight years with Spurs lasting between 2005 and 2013.

Ramos has since managed the likes of Real Madrid and CSKA Moscow, but is currently out of work following his spell with Malaga ending in December 2016.

Jenas will be hoping no similar catastrophes occur in Mauricio Pochettino’s side, as they play host to Mark Hughes’ Stoke City on Sunday.

In other Tottenham news, Hughes has pinpointed this area of Spurs as a massive threat ahead of this weekend’s Premier League clash.