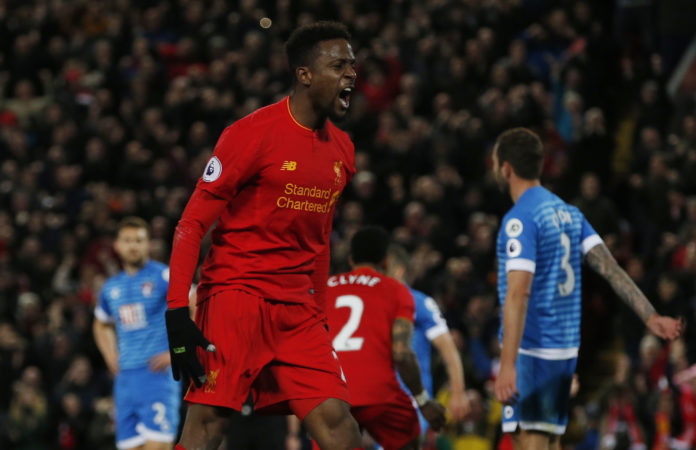 The 22-year-old has become an important first team player under Jurgen Klopp and started the last three consecutive games.

He has been given the opportunity to impress due to Sadio Mane’s season-ending injury and has looked sharp so far.

The Merseyside club are vying for a top four position this season and are third in the league table after a seven-game unbeaten run.

Aldridge has highlighted the recent performnaces of Liverpool striker Origi and feels that he needs to show “more nous” in attacking areas.

“Divock Origi is doing a lot better holding the ball up now but there are certain parts of his game where he still needs to show more nous,” Aldridge wrote in the Echo. “If you’re playing those teams you have to hold it up and that’s what didn’t happen against Leicester and we were comfortably beaten.

“He needs to work on it and his positional sense so he can get hold of the ball and bring others into play.”

Origi has managed 10 goals in 38 appearances so far this season and has had to make-do with substitute appearances regularly.

However, the young forward is an exciting prospect at Anfield and does now have 71 senior Liverpool appearances under his belt.

He has found himself behind the trio of Phillipe Coutinho, Roberto Firmino and Mane during the majority of the season, but will hope to make an impact in the remaining five games.

The Reds now turn their attention to Crystal Palace in their next match and are desperately trying to keep themselves in the Champions League spots.

In other Liverpool news, David Thompson claims the Reds must make significant improvements to their squad.