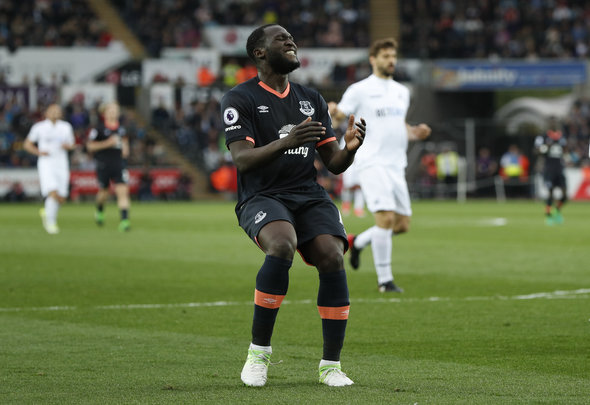 John Collins has labelled Everton forward Romelu Lukaku “disrespectful” after his announcement that he is pushing for an exit from Goodison Park.

The 24-year-old revealed to Sky Sports that he has reached “an agreement” with another club.

“My agent knows what’s going to happen and I know as well,” Lukaku said. “I’m staying calm and we have an agreement with the club as well. We stay calm and at leat we have a direction where we want to go.”

Everton fans are now facing losing their star striker in the summer, but they do not know which club will swoop for their talisman.

The Mail have reported that the Belgium international is hoping to return to former club Chelsea who are believed to be interested, while Manchester United could also rival for the £100million-rated ace.

Former Everton midfielder Collins has slammed Lukaku after his revelation and believes he owes a lot to the Merseyside club, as cited by the official Twitter account of Alan Brazil.

“It’s a little bit disrespectful. Sometimes players go away on international duty and they think they are on a different planet and nobody hears the interviews,” he said. “Everton have spent a lot of money on him and made him the player he is.”

Lukaku has become a crucial player for the Toffees since his arrival in 2014 and led the line superbly well for Ronald Koeman’s side last season.

The Belgium international scored 26 goals in 39 appearances across all competitions, enhancing his reputation as one of the most prolific goalscorers in English football.

He endured a difficult first spell at Chelsea in the earlier stages of his career and many believe that he could return to Stamford Bridge to settle unfinished business.

The Blues do already have Diego Costa as their central striker, but Lukaku may be seen as an ideal replacement.

In other Everton transfer news, they are plotting a £12.2million bid for a La Liga defender.