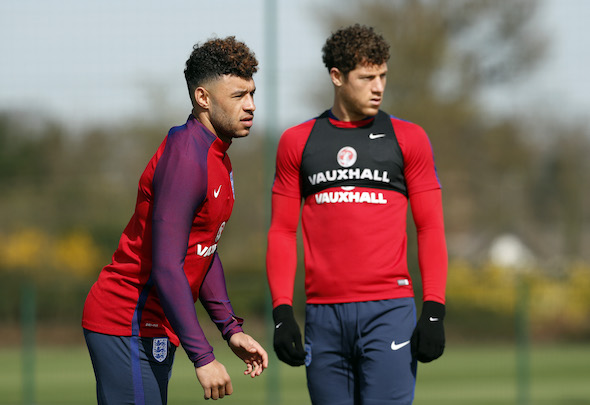 Everton have seen a bid tabled by Premier League giants Chelsea for midfield star Ross Barkley, according to a journalist.
Paul Joyce, the northern football correspondent for the Times, has claimed on his personal Twitter account that the Blues have reignited their summer interest for the 24-year-old, having seen a move fall through during the last transfer window.

He states that the London club have made Everton an offer for the contract rebel, whose deal with the Toffees expires in the summer, and that talks between the two clubs are taking place over a potential swoop.
News of the bid comes after Everton boss Sam Allardyce confirmed that the club were “resigned” to losing the 22-year-old England international, and that he was expecting offers from the “big boys” for his services, despite not having played since May 2017.
Football Insider verdict
Chelsea’s bid may well ignite a bidding war for the midfielder’s transfer in January, and although Everton will be losing a top talent, they could come out with a handsome looking bank balance at the end of the saga. Barkley has made his intentions clear, so there will be little love lost from the Toffees faithful when he eventually departs, and the only question left is where will he end up. The Blues failed with a move in summer and Tottenham have been long-time admirers of his talents, so London seems an awfully safe bet, but will it be in white or blue? At the moment, the latter seems to be leading the way, but Spurs may well sneak in to poach him from under Chelsea’s nose.
In other Everton transfer news, the Toffees could terminate the deal of one of their defenders.
We’ve launched a << BREAKING NEWS FEED>> exclusively for your club. ‘Like Us’ on Facebook by clicking here if you want 24/7 updates on all Everton breaking news.