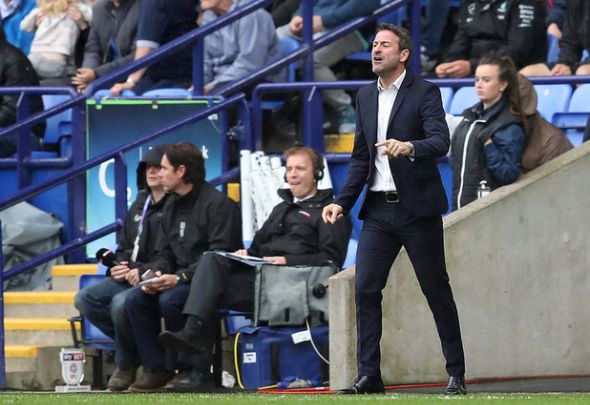 The decision to utilise Kalvin Phillips in a playmaker’s role in Leeds United’s win against Bristol City is just one of the decisions made by Thomas Christiansen which makes him a top manager in the Championship, according to a journalist.

Phil Hay, the Leeds reporter for the Yorkshire Evening Post, says on the newspaper’s website that the Danish manager demonstrated his tactical nous against the Robins, which helped them secure a convincing 3-0 away at Ashton Gate on Saturday and end a run of three straight defeats.

Christiansen made several changes to his starting XI in the match, including reinstating Ronaldo Vieira to the line up and leaving Pontus Jansson on the bench.

Hay says that while bringing the young midfielder into the team was a “blindingly obvious solution” to their recent struggles, he was most impressed with the selection of Matthew Pennington, Jansson’s replacement, and the decision to use central midfielder Phillips in a more advanced role.

He wrote for the Yorkshire Evening Post: “Matthew Pennington’s selection and Kalvin Phillips’ deployment at number 10 were examples of tactical wit.

“The result at Ashton Gate told Christiansen, and those watching him, two things: that almost no-one in his squad is indispensable and that some of the players who were waiting for a chance genuinely felt they would impact on the performances.

“It is easy to admire any head coach who murders the league around him, but there is usually more to be learned from their management and treatment of mediocre form.

“Bristol City was a test of Christiansen, on the inside at Leeds and outside. Conclusion: Passed with distinction.”

The win against Bristol City means that Leeds have managed to move back into fourth in the Championship table, having led the way prior to their poor form, but still sit six points behind league leaders Wolverhampton Wanderers.

Christiansen also rang the changes for his side’s clash against Leicester City in the League Cup on Tuesday, with all but one of his players being swapped out.

He may have had one eye on Friday’s league match against Sheffield United, knowing a win could put them one point behind the Blades in third place, but defeat would see them slip seven points back from the top three.

In other Leeds United news, Michael Appleston has made a bold prediction about the Whites’ hopes this season.