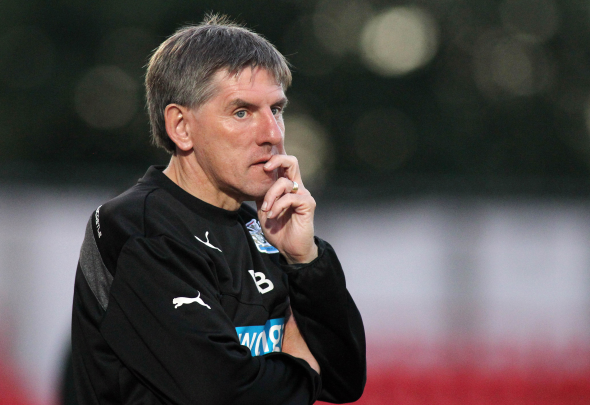 Newcastle United under-23 coach and club legend Peter Beardsley was called to St James’ Park on Tuesday to discuss the ongoing investigation over claims of racism and bullying, according to a journalist.
The Daily Mail’s Craig Hope has claimed on his personal Twitter account that the 56-year-old missed out on taking training at the club’s academy in order to attend crucial talks at the Magpies’ stadium, with his position said to be under threat after the serious allegations.

Understand Peter Beardsley arrived to take training at NUFC academy this morning but was called to St James' Park. More news awaited but he is unlikely to return to academy while investigation into allegations of bullying & racism continues. More to follow @MailSport

The Daily Mail have claimed on their website that the former Newcastle and England forward is the subject of an internal investigation after players reportedly lodged an official complain over the coach’s behaviour.
It is said that five players have provided statements and evidence against the reserve team boss after 22-year-old Yasin Ben El-Mhanni took the issue to the club, and that talks were set to be held on Monday to discuss the issue with Beardsley.
Now Hope has claimed that he is set to remain away from the club’s academy until the end of the investigation, with the Mail’s report stating that if found guilty of the allegations then it is likely he will lose the role he has held since 2010.
In other Newcastle United transfer news, two European champions are lining up a swoop for one of the Magpies’ international stars.
We’ve launched a << BREAKING NEWS FEED>> exclusively for your club. ‘Like Us’ on Facebook by clicking here if you want 24/7 updates on all Newcastle United breaking news.